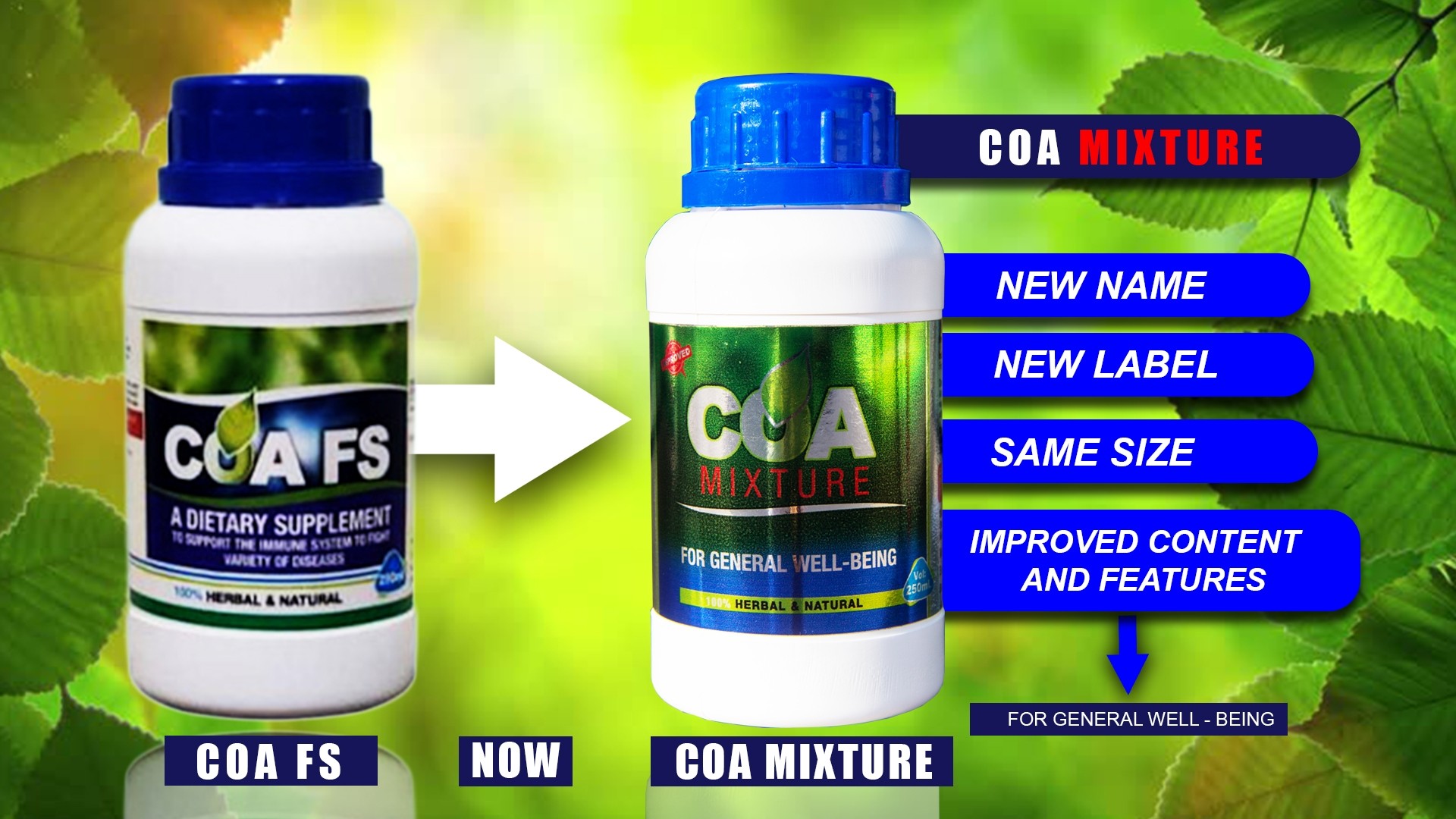 The launch of the product took place at a ceremony covered by Zionfelix.net in Accra on Tuesday, October 21, 2020.

This comes after COA Herbal Center ceased production and recalled their products from the market some time ago following a directive from the Food and Drugs Authority (FDA).

READ ALSO: Government Doesn’t Regard Celebrities, They Only Care About Us During Elections – Lilwin

After the company pledged its commitment to delivering quality, effective, efficient, and efficacious product to consumers, they have honoured their promise by reintroducing the product onto the market.

The Chief Executive Officer (CEO) of COA Research and Manufacturing Company, Mr Samuel Ato Duncan speaking at launch revealed the number of measures they put in place in order to have the best of product.

Training of staff, detailed researches, instalment of security systems, the constitution of the board of directors managing the affairs of the company are some of the measures they put in place.

He hinted that the factory of the company was also upgraded to an international standard.

Mr Ato Forson also disclosed that the FDA on the 10th of September 2020 gave them market authorization to market COA FS as Coa Herbal Mixture.

He explained that COA Mixture is a herbal medicine for general well-being.

Watch videos from the launch below.

FDA Hits Back At Wendy Shay’s For Her Rant On Social...