Victoria Lebene, the Ghanaian actress who is bent on marrying veteran actor Kofi Adjorlolo despite their 40 years age difference says whatever Counselor Lutterodt said days ago about their relationship does not matter to her.

The marriage counselor in a video, which went viral days ago, vowed not to allow the actor who is in his late 60s marry the actress who is in her late 20s.

Victoria Lebene reacting to the comments in an interview with Hitz FM’s MzGee stated that Kofi Adjorlolo might be old but it does not make him a weak person.

Vic added that she was just quiet listening to the controversial counselor whilst making the statement on Okay FM just for his opinion to be relevant to himself. She continued that everything he said about their relationship at that time went into deaf ears.

“Kofi Adjorlolo is his friend so he thinks I’m younger and I’ll kill him with my strength. The fact that someone is old doesn’t mean that he is weak. You are not in his system neither do you have a medical report to prove that he is weak.

I was just trying to listen to his opinion and make his opinion relevant to himself but I never took what he was saying.”

Giving reasons for her tears when Counselor Lutterodt was talking about their relationship in public, the budding actress disclosed that “I was just crying because I felt why would someone who calls himself a pastor give such a bad remark to affect two people who are coming together to make something happen.”

Victoria Lebene who further told MzGee that she is not bothered by the Reverend Minister’s utterance concluded that his statement was too harsh but she would not have a problem with him because that is his style of gaining attention. 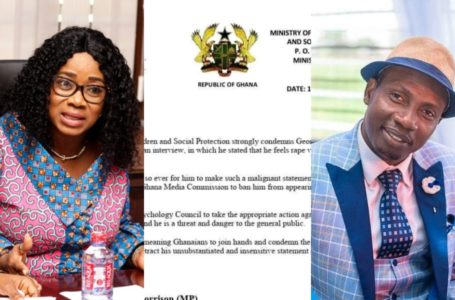 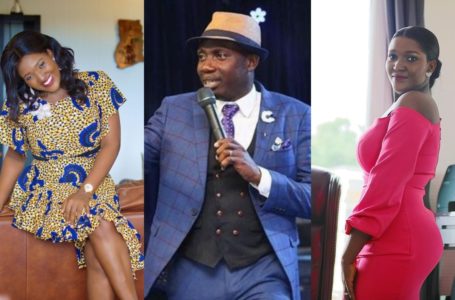 “Every Media Organization Who Ever Gave Counselor...