Dark Suburb In The ‘House Of Dragons’ 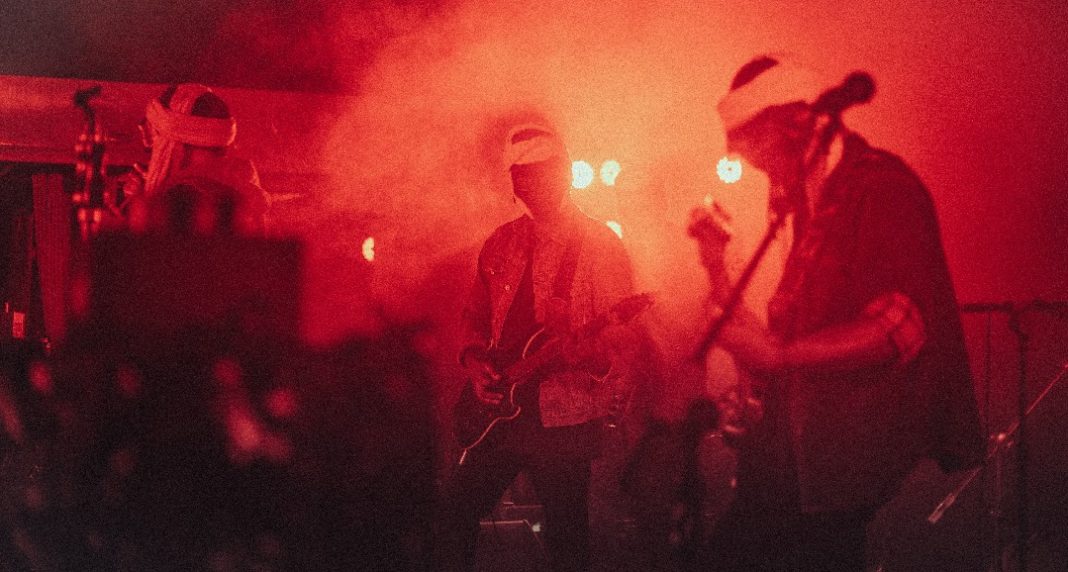 In the heart of a dragon is a seed of eternal justice, music lovers flocked to the Elite’s bar for the ‘House of Dragon’ Halloween event headlined by the indefatigable AfroRock Band, Dark Suburb, who lit the flame of justice in every dragon’s heart with their electrifying performance.

The Band gave a sneak peek of their forthcoming #AlbumMali as well as satisfied the audience with their ever-tasty and spicy single, ‘kelewele’ – which is an ode to the Ghanaian plantain dish, kelewele.

Through their performance, they told the Dark Suburb story and what the brand stands for as they performed a well-curated selection of their songs to entertain and thrill the audience.

Upon enquiries from a fan who really wanted to grasp the concept of the brand, the lead vocalist Kankan said, “Dark Suburb is a brand that stands for the deprived in society. the world should look forward to our upcoming single Zongo [koko] and #AlbumMali.”

READ ALSO: Gyakie Is The Only Ghanaian Artiste To Be Named As YouTube’s Black Voices Class Of 2023

Dark suburb is an Afro rock band built on a concept of the
Alkebulanian [African] masquerade culture and the skeleton. A social development concept of the deprived [dark suburbs of society] evolving their own opportunities through art and culture.

The band seeks to be a voice for the deprived [urban slum dwellers and rural poor], addressing issues of poverty, corruption, peace and unity through their music, storytelling and art form and taking action by investing in projects and programs that stimulate community development with the
deprived themselves.

The skeletal image used is a symbol of unity; a reminder that despite our various differences we have the most basic thing in common, the skeleton.

See some photos from ‘House of Dragons’ below.