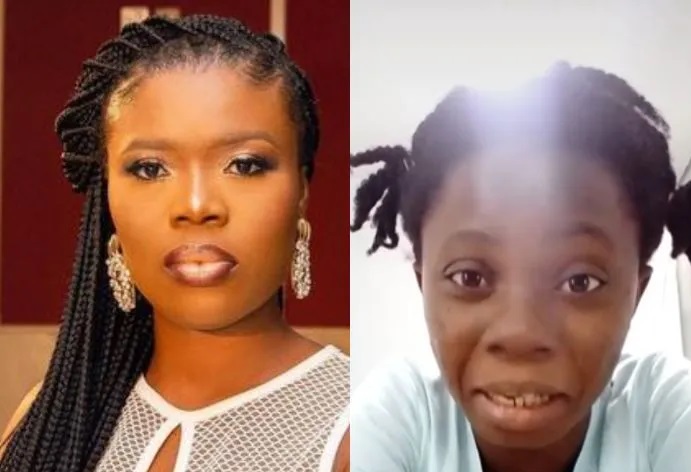 Multiple award-winning media personality, Deloris Frimpong Manso aka Delay has reported one lady who claimed to be a former househelp of hers to the Criminal Investigations Department of the Ghana Police Service.

The said lady at the time when the supposed feud between Delay and Afia Schwarzenegger was at its peak shared a video on TikTok to counter the claims of the latter that the former is barren and has not child to call her own.

She also added that Delay was breastfeeding the said baby at the time she was emoloyed as her househelp over a year ago.

Well, her claims have apparently angered Delay and she is ready to take full legal action against her.

In a post, she shared on her social media pages, Delay officially denied ever meeting the lady and her assertions that she has a daughter.

She also revealed via the statement released by her solicitors that she has reported the case to the police for actions to be taken against the lady for lying.

The post she shared reads: ‘A video has been circulating of a young lady who claims to have been my house help in the past.

I have never met her and your assistance will be appreciated if you can help locate her.