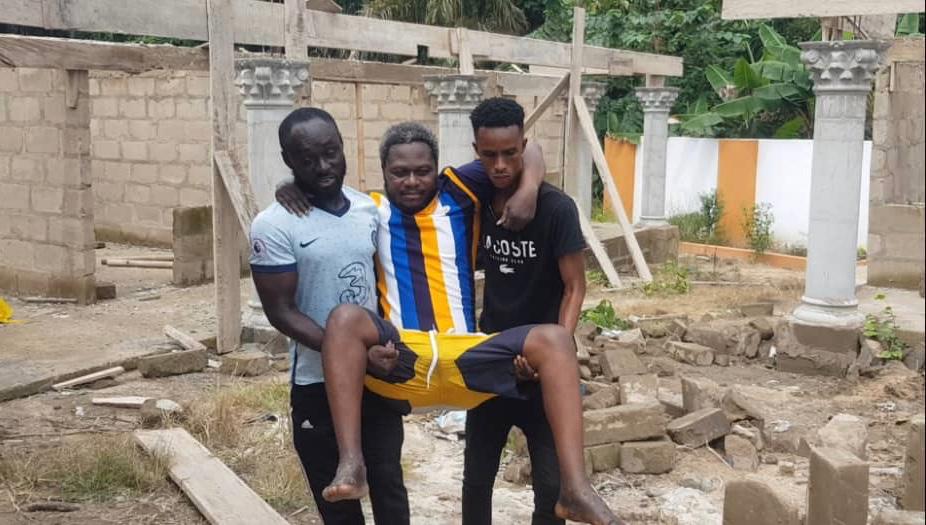 Award-winning movie director and producer, Frank Fiifi Gharbin was recently seen in a critical condition as some men were seen carrying him from a place he went to seek help with regards to his health.

After those photos and video went viral, a lot of people began to speculate and alleged that his sickness was caused by his colleague Agya Koo because of their know issues.

READ ALSO: I’m Still Preaching To Okesse 1, He Will One Day Be A Pastor – Yaw Dabo

Well, in a recent interview director Frank Fiifi Gharbin has finally reacted to all this claims and spoken at length about his illness.

Speaking in an exclusive interview with Papa Kumasi on Royal TV, he confirmed that indeed his illness is a spiritual one but was quick to clear the name of popular actor, Agya Koo.

Director Frank quickly added that he never suspected that Agya Koo had anything to do with his illness even though the latter sat in radio to threaten his life some time ago.

He also added that when he ha finally healed, the people who did this to him will bee paid by with the same coin.