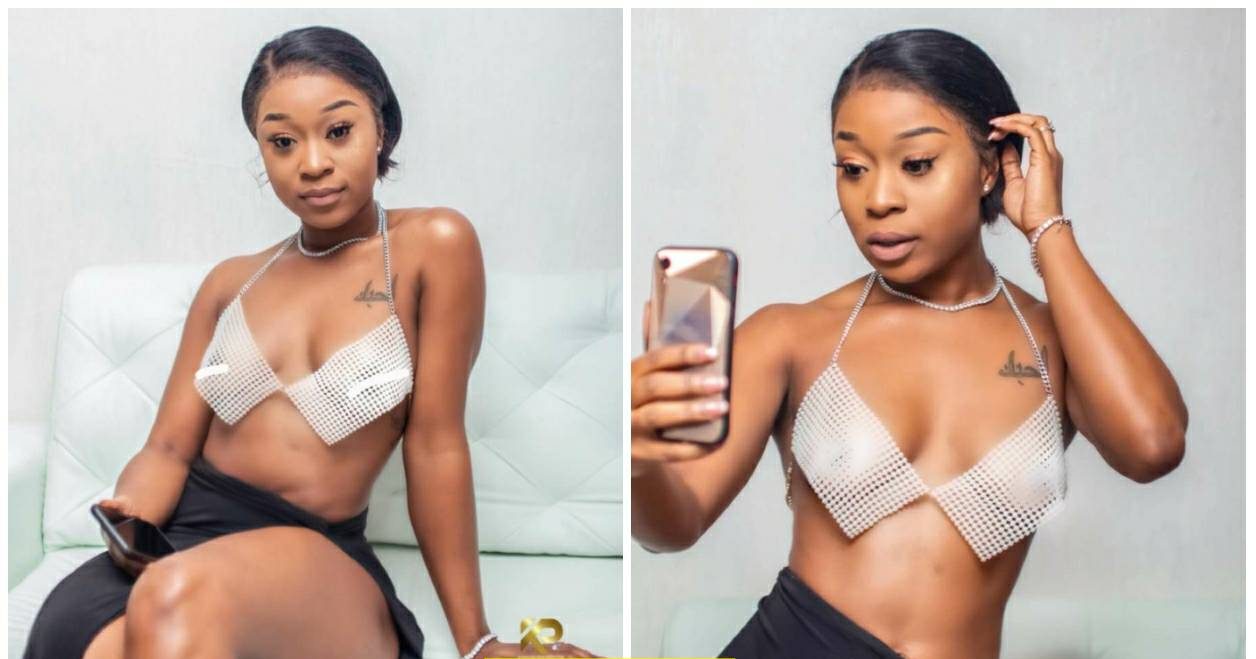 Ghanaian socialite, Andrea Owusu who is popularly known as Efia Odo has taken on a another twitter bully head on.

Efia Odo faced off with the netizen after he sort to tanihs her image with speculations about her sugar daddy and her performance in bed.

The actress who was reacting to a Netflix hit series titled “Emily In Paris” tweeted a line from the movie saying “Expensive s3x is better than a cheap date” with the #EmilyInParis.

A Twitter user, Korina Eduah who didn’t know what the actress was talking about decide to take a swipe at her and give her dating advice.

READ ALSO: ‘I Spent Over Ghc55,000 To Enhance My Hips And B^tts’ – Actress Kisa Gbekle Discloses

He started ranting about how her sugar daddy wasn’t performing g well and how he could do better at no cost.

Efia Odo decided not to spare him like othtos this time. She exposed the young man’s ignorance and how he can’t afford a Netflix accont hence, his lack of knowledge on the subject matter.

See her response below:

The twitter braggart who sense there was fire on the mountain quickly deleted the tweet and went silent.

Fvck Your Favorite Rappers – Efia Odo Says As She Choses...