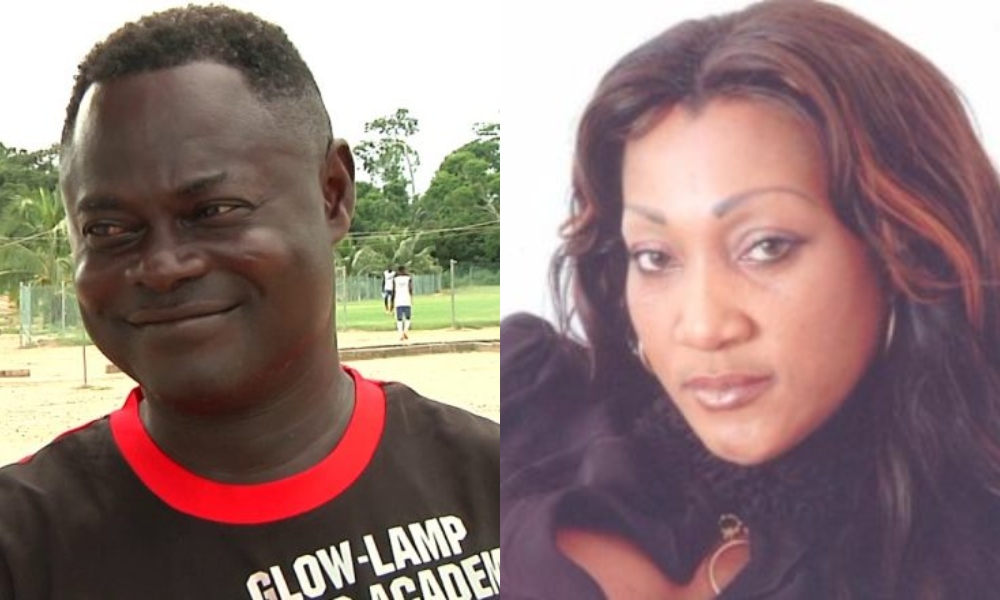 The Court of Appeal has finally ruled on the case between ex-Black Stars player, Nii Odartey Lamptey, and his former wife, Gloria Appiah.

After their divorce, Appiah decided to keep the seven-bedroom East Legon house they were occupying to herself and filed a case at the appeals court to legally acquire the property.

It was widely reported in June 2017 when the Accra High Court, presided over by Justice Cecilia Don-Chebe Agbevey, put finality to the long legal battle and ordered Appiah to vacate the seven-bedroom mansion.

The justice also ordered Odartey Lamptey to settle her with alimony of GHc200,000, a car, and his four-bedroom house located at Dome.

The dissatisfied ex-wife disagreed with the ruling and appealed for a review of the verdict to get the mansion as part of her entitlements.

However, after seven years of fiercely fighting this legally, the appeals court has quashed out Appiah’s request and has ordered her to move out of the house with immediate effect.

All three judges who sat on the case ruled in favour of the ex-football star and the cheating ex-wife was ordered to move out.

Odartey Lamptey became the subject of discussion worldwide when it came to the fore that all three children he fathered with his ex-wife were not actually his.

Even after she was caught, Odartey’s ex-wife defended her actions claiming that the ex-footballer was sterile and could not father a child.

Odartey proved her wrong after he fathered three beautiful children with his new wife, Ruweida Lamptey.

Share
Facebook
Twitter
Pinterest
WhatsApp
Previous articleYes, We Had An Agenda Bringing Funny Face And Lilwin On United Showbiz – Producer Of The Show Reveals
Next articleHammer Details Why Kwabena Kwabena Is Not A Drug Addict
- Advertisement -

“Man Has Been Through It” – Sarkodie Reacts To Odartey Lamptey’s...