Forget Sarkodie, D-Black & Berla Mundi; The Person Who Was Scammed The Most By Dr. UN Has Been Found – Watch Video 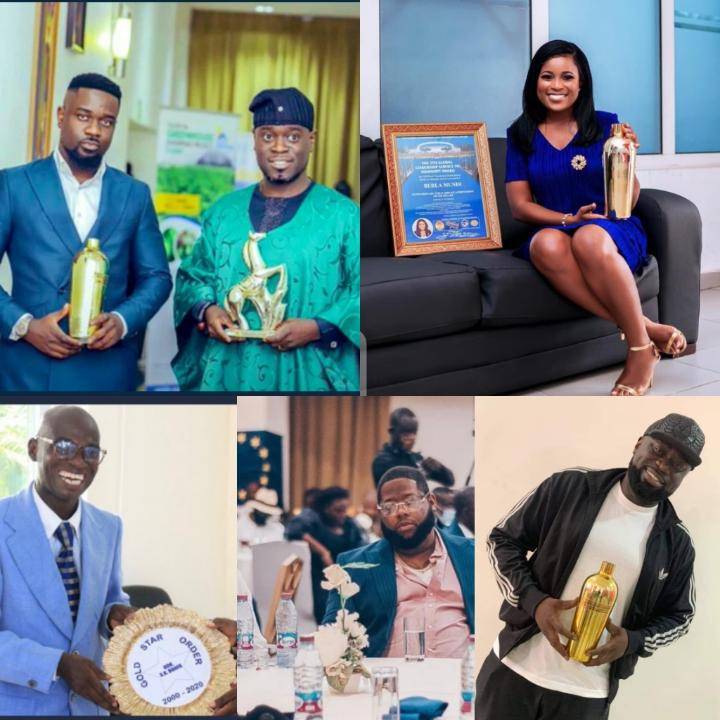 In the ensuing discussion about the whole Kwame Fordjour aka Dr. UN scam of people with fake UN-sanctioned honorary awards, the attention of many social media trolls has been on the people who are in the entertainment space – obviously because of what they do.

But after a careful study of the entire scam, I think that the likes of Sarkodie, D-Black, Berla Mundi, and all the others in the entertainment space suffered the humiliation the least.

READ ALSO: Richie And Albert Of Lynx Should Stop Backbiting, If You Hate Me Move Away – Guru Warns

If I was to give out an ‘award’ as well to the person who was most scammed, I will settle straight away on radio broadcaster and outspoken radio/TV presenter Captain Smart of Angel FM/TV Accra.

Even though Captain Smart could not make his way into the main auditorium where the event took place on Friday August 28, the fake Dr. made sure he sent the award to him at his office.

If you are wondering how this make his case the most disturbing one, just take a chill pill and read this.

So Captain Smart and his team have been working at Angel FM Accra for barely four months and they really thought that they deserved a fake award on social development for whatever reason.

Again, the manner he heaped praise on Kwame Fordjour for the ‘honor’ done him and his team and how he finally decided to kiss the fake gold chain he was given, possibly to spite his haters and rivals, was the highest form of the humiliation that any man of his standing in the Ghanaian society could suffer.

Check out the video below and make your conclusion as well

Share
Facebook
Twitter
Pinterest
WhatsApp
Previous article
Crazy! Popular Fake Dr. UN Becomes An Overnight Celebrity After His Scam; Videos Of Him With His ‘Fans’ Make Their Way Online – WATCH
Next article
D-Black Turns His Shame At The Hands Of “Dr. Fordjour” Into A Comic ‘Book’ And Social Media Cannot Have Enough Of It – Have A Read

Nautyca Apologizes To Sarkodie; Says His Message Was Misinterpreted