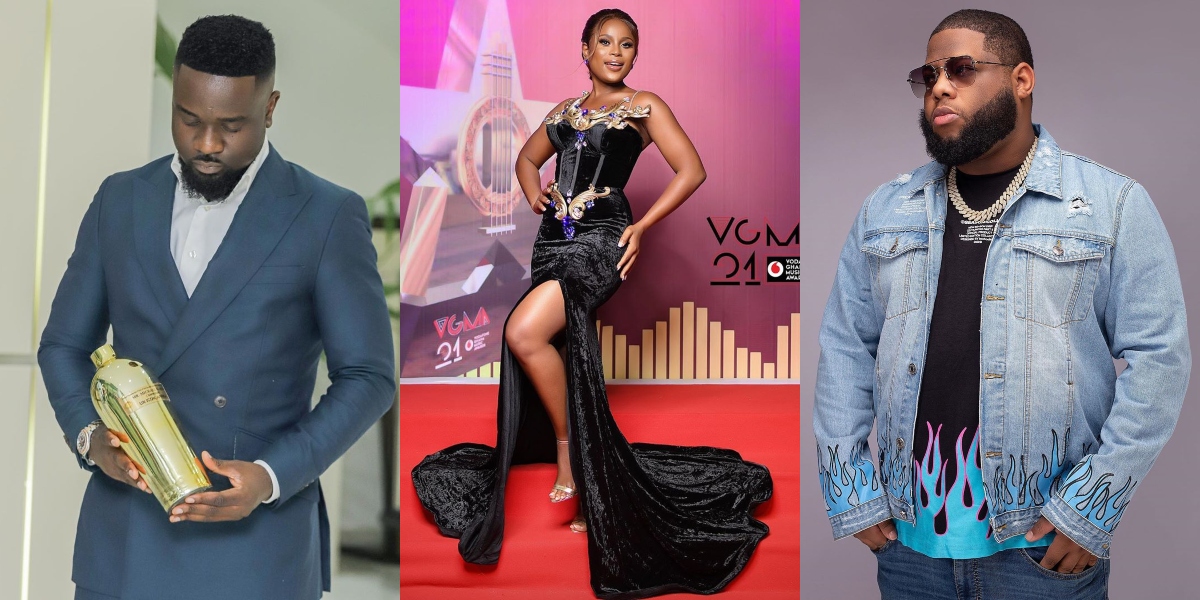 Ghana Twitter is going off the charts with an ongoing trend which has it that some top stars in the country have fallen for an award scheme scam over the weekend.

The reports going viral is that a young man parading himself as a representative of the United Nations (UN) has presented some awards to top Ghanaian personalities.

Checks made by some internet users have indicated that the award scheme is not credible and that the Ghanaian claiming to be coming from the UN and representing the international body was actually a fraud.

Over the weekend, Saturday, August 29, 2020, reports went viral that celebs like Sarkodie, D-Black, Berla Mundi, Vice-Chancellors and Chiefs were gathered under one roof and award for their contribution to their various industries.

Photos and videos of the said event were splashed on social media with many media outlets reporting on the programme.

The celebs made posts on their social media handles to share their success with their teeming fans.

Sarkodie for instance made a post attached to a photograph of him holding what looked like a golden vase.

The Highest rapper captioned the post: “A great honour to receive the 7th Global Leadership Service to Humanity award 🥇 … RIP To a great son of the Land Mr. Kofi Annan … Your legacy is still alive”

He received a lot of plaudits for the recognition and was accorded a lot of respect for attracting such a prestigious award.

The award scheme has however been alleged to be a scam and has led to some celebs like D-Black and Berla Mundi deleting the posts they made as they posed with the awards.

The young man who is said to have brought the award scheme to Ghana has been called by many as a fraud after it was reported that the UN issued a statement saying they did not know him.

He was seen in photos and videos handing citations and laurels to honorees of the alleged award scheme.

It has however come to light that he is actually a nobody and that he was being regarded by others as an underground rapper.