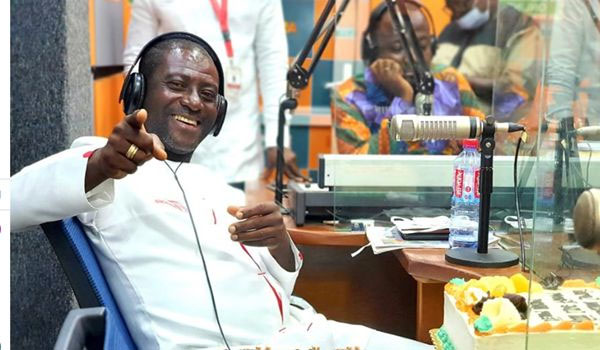 Ghanaian broadcaster, Captain Smart has caused a stir with his dressing this morning.

The seasoned journalist was seen donning ‘Kaba and Slit’ while rocking a wig to complete his quest to ‘be a woman’.

READ ALSO: Efia Odo Slams Counsellor Lutterodt Over His Infamous Rape Statement – Says He Is A Poor Excuse Of A Human Being

Apparently, he chose to dress this way to climax the Angel FM’s old school dressing for the day which became the talk of the town some weeks ago.

Some workers of the station wore school uniforms and social media users couldn’t keep quiet about it.

Looking at the attention that they earned, it seems the ‘old school’ fashion display by employers of the station is becoming a norm.

Check out Captain Smart’s photo sighted by Zionfelix.net below. 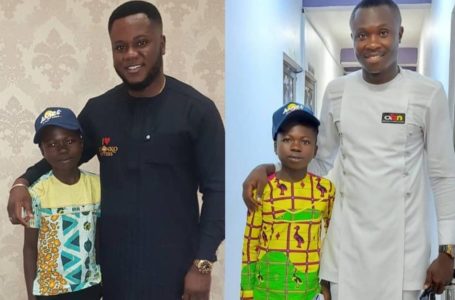