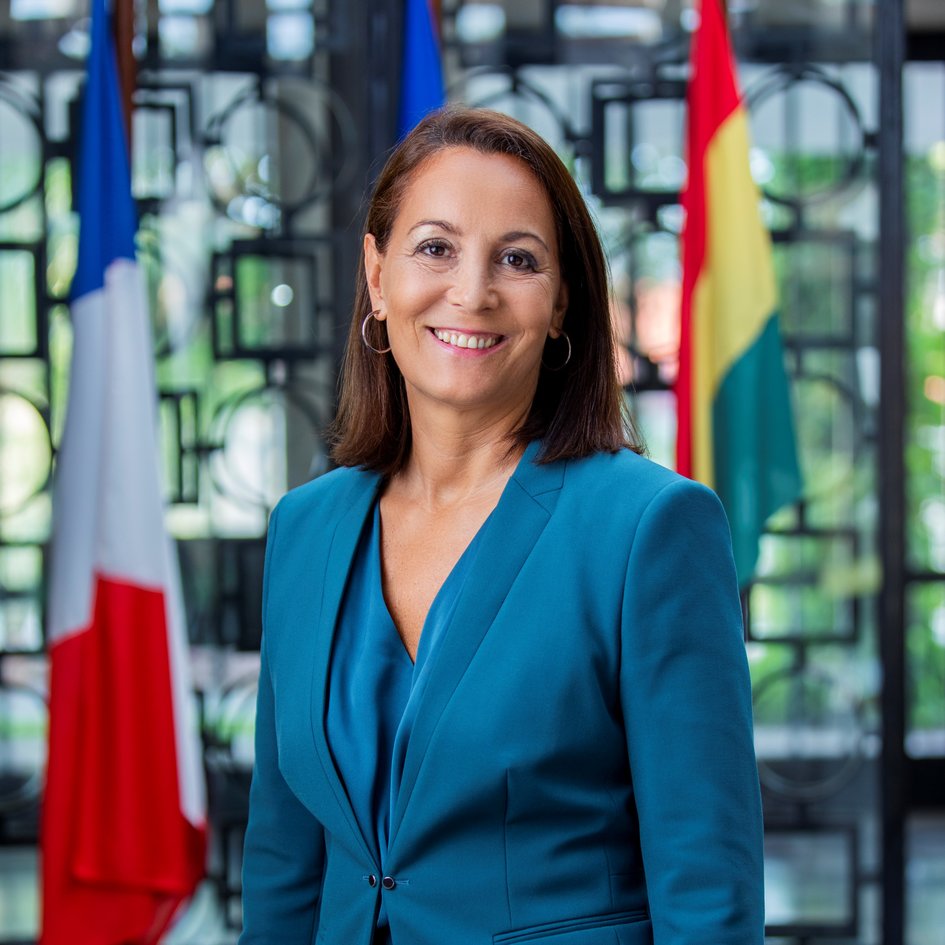 Her Excellency Sophie talked about the Ghanaian populace accepted her in a post-Zionfelix.net came across.

She touched on the success of ‘Touch of France’ and thanked all those who contributed.

The France Ambassador advised that the media should be used wisely.

“The success of the show made us understand that the « entertainment» vector had much more audience and impact than that of more formal media. Indeed, beyond the formal content of the messages, it was necessary to take into account the public opinion: the words and the arguments to which they may be sensitive.

“This observation is confirmed by my many attempts to warn visa applicants against “agents” who charge for intermediation services and provide often falsified supporting documents. A low blow for the embassy, which is criticized for the numerous visa refusals, but a message that did not get through, for they were not conveyed by the right media: the potential victims of these crooks do not read the diplomatic press.”

She further revealed what contributed to her success.

The secret of success: cooperate with Ghanaians

None of this would have been possible without Bola Ray. This media mogul at the head of a large media group is also a bold person who knows his audience and “what works”. Together, we designed the concept of the show: the rhythm, the tone, the guests, the sequences, in a word, the “media” ingredients of success. He is also the one who produced the concerts in Accra and Paris: founder of the Ghana meets Naija festival, former DJ and presenter of a many music programs, he knows the world of Entertainment better than anyone.
We had the content, we knew the messages we wanted to share, he knew how to do it effectively, how to reach out to as many people as possible and how to touch the hearts of his compatriots. And I listened to him.

These media successes increased our visibility and attracted the attention of bloggers with millions of subscribers, like Kobby Kyei, Zionfelix, Ameyaw Debrah or Kalyjay, who began to regularly relay the actions of the Embassy and offered me a massive platform.
My Instagram account has grown in two years from zero to a close to a hundred thousand, with more than 65% of the audience in Ghana and a significant part of other origins actually coming from the diaspora in the United States, England and France.

It was essential to avoid communication errors. Here again, a Ghanaian sensibility was essential. And a sensitivity of the generation of my audience (mostly aged 18 to 35)! I quite naturally turned towards a young Ghanaian, keen on social networks, who was already advising me here and there. « DBJ » has become my personal « community manager ». I didn’t know there were more favorable days and times for “posting”, types of photo processing were to be preferred, a rhythm to follow so as not to “saturate” the information, tips for encouraging interactions, a “hierarchy” in the different modes of publications. And I listened to him.

Finally, I worked with young photographers, the famous pan-African « Twinsdntbeg », who were able to capture meaningful moments. Together, we filmed educational spots on our France network to give it visibility. Their photos and videos published on accounts with millions of subscribers have made our actions, our network and the missions of our embassy known. Impressed with the exceptional quality of their work, I hosted the largest artist exhibition ever in Ghana at the French residence, which was joined by the greatest musicians, actors and media in Ghana. Their talent admirably depicts the many facets of the continent, the eye of their camera knows how to seize the moment. They advised me so that the image speaks for itself. And I listened to them.

Her Excellency Sophie will leave Ghana in a few months’ time.

She has more to say here.