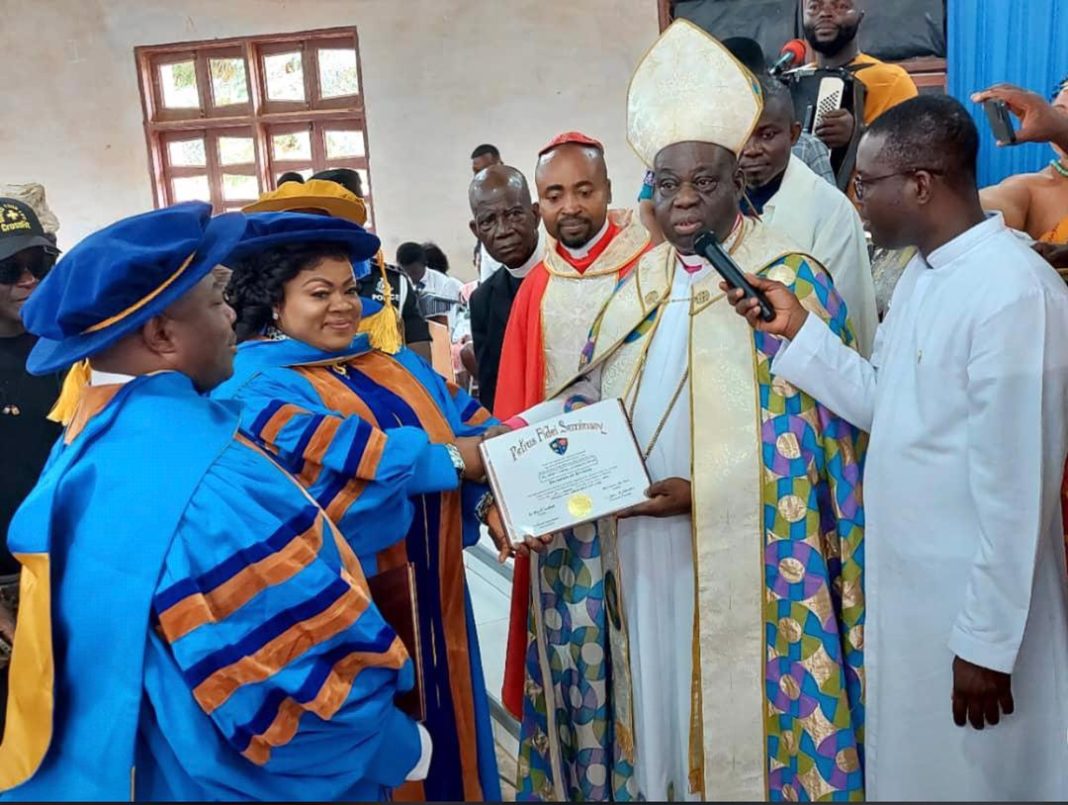 Award-winning Ghanaian actress, Ohene Yere Mercy Aseidu and her husband who happened to be the Paramount Chief of Kunsu, Nana Agyeman Badu Duah have been honoured with a Doctorate degree.

They both got their honorary doctorate degrees on Saturday 6th, August 2022.

It was awarded to them by the Divine Key Believers Network International in conjunction with Petus Fedei Seminary, USA.

The duo was honoured based on their selfless leadership and the development drive in Kunsu and its environs. They used this opportunity to raise funds for the ultramodern ICT center Nana has planned to build for his people.

Killing two birds with a stone, Omanhene through that event thanked all his sub-chiefs, Obaa Hemaa, and all those who matter for their unflinching support. He promised them to do his best for his people and asked for prayers and guidance.

Nana thanked the institution(s) for honouring him with this award — and for seeing his good works and positive impact on the community. He assured them of his words and promise not to relent on the well-being of his citizens.

Watch a video of the presentation below…

See Exclusive Photos From The Funeral Of Kumawood Actor Abass