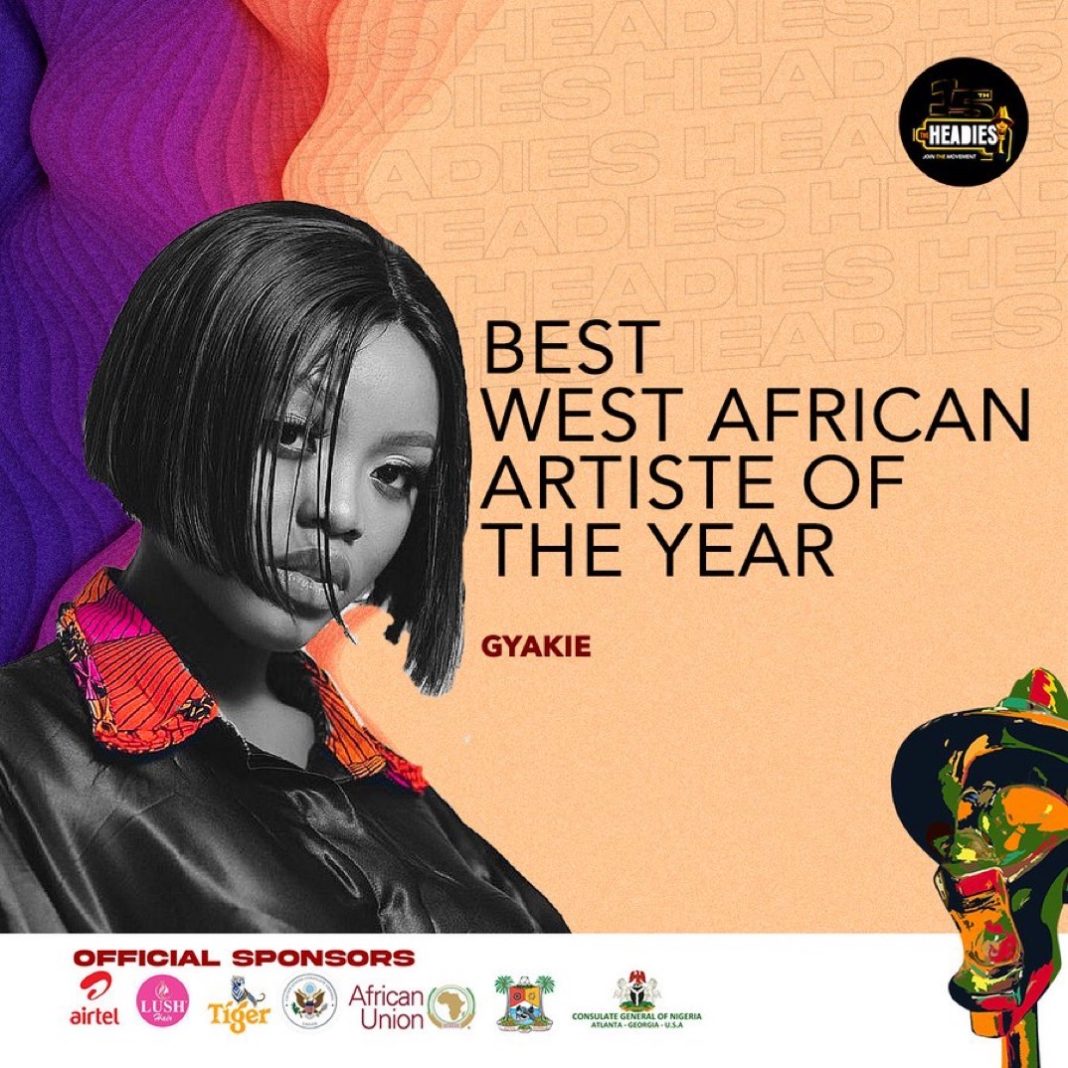 Gyakie has been on a winning streak since the release of her debut project, SEED EP and her growing impact on the music scene in Africa is subtle yet impressive. A few weeks ago, The Recording Industry of South Africa (RiSA) presented a double Platinum Certification Plaque to the singer for her breakthrough single “Forever” meaning, over 40 000 units of the single were sold in the South African Market.

READ ALSO: I Get Org@sm Just Like Anyone – Empress Gifty To Critics

She’s just recently released another project, My Diary EP which currently has the songs, ‘Something’ and ‘Flames’ featuring Davido making appearances on charts across Africa.

The Headies Awards is Nigeria’s biggest and most anticipated music awards show and the Best West African Artist category is for artists of West African descent with the most outstanding achievements and impact across Africa in the year under review.

“Kidi Has Cursed Himself With His ‘Thunder’ Song” – Popular Radio...