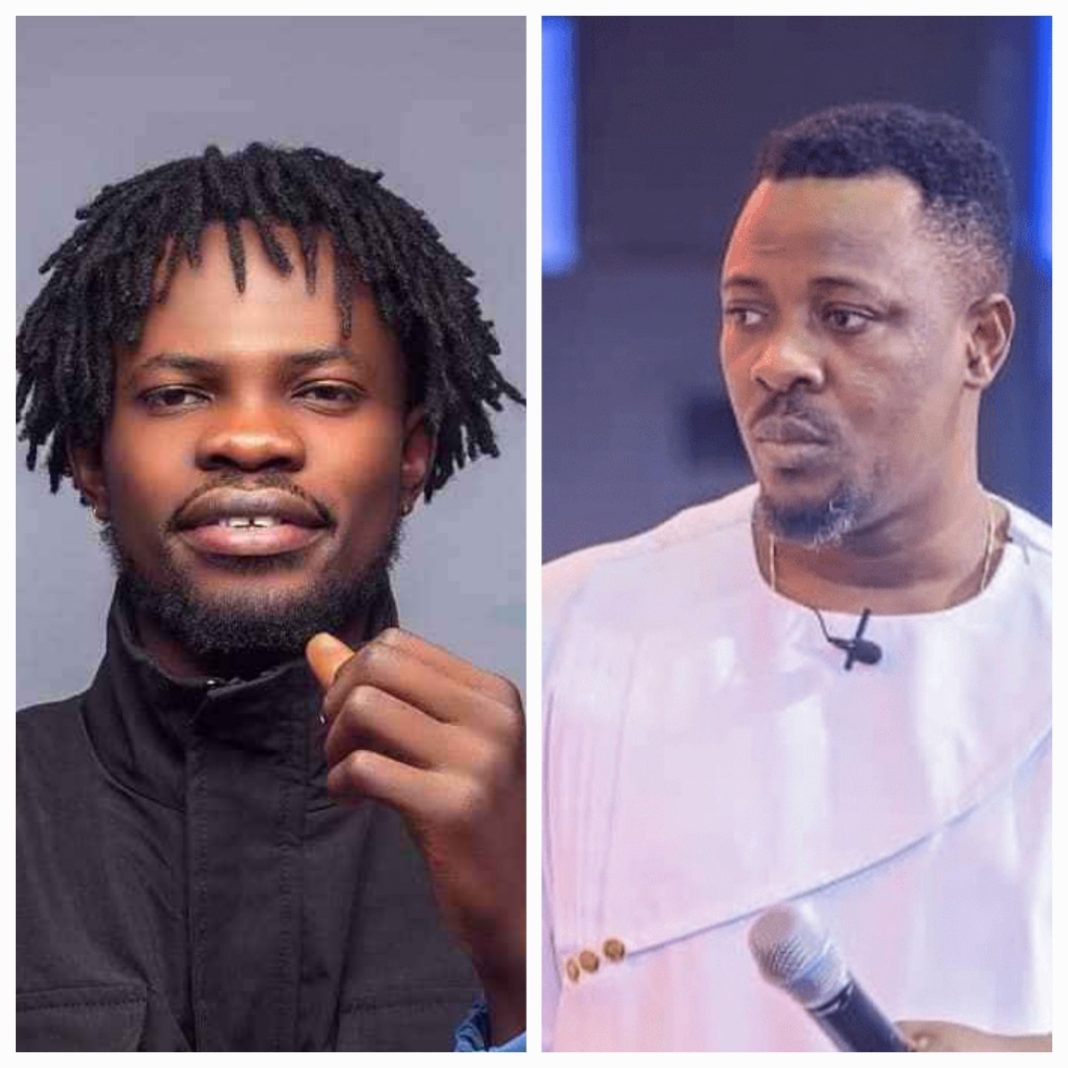 Prophet Nigel Gaisie has aired his unhappiness about Fameye’s refusal to show appreciation to him.

The founder and leader of Prophetic Hill Chapel disclosed in a post on Facebook that he’s the one who prayed for Fameye to become big.

He bemoaned that the ‘Notin I Get’ hitmaker has not appreciated him after he got a breakthrough.

Prophet Nigel said he was praying for Fameye to appreciate the people who helped him on his birthday.

“I prayed for him to be big by the mercies of God, coming back to say thank you, Jesus, bless you prophet of God is even a problem.

“It’s your birthday, I pray for you in that you will give God his due and appropriate people who as it were, helped you on your way of becoming who you are now; Fameye…PNG,” he wrote.

However, the post has been deleted after he was chastised by social media users.

See a screenshot of it below.