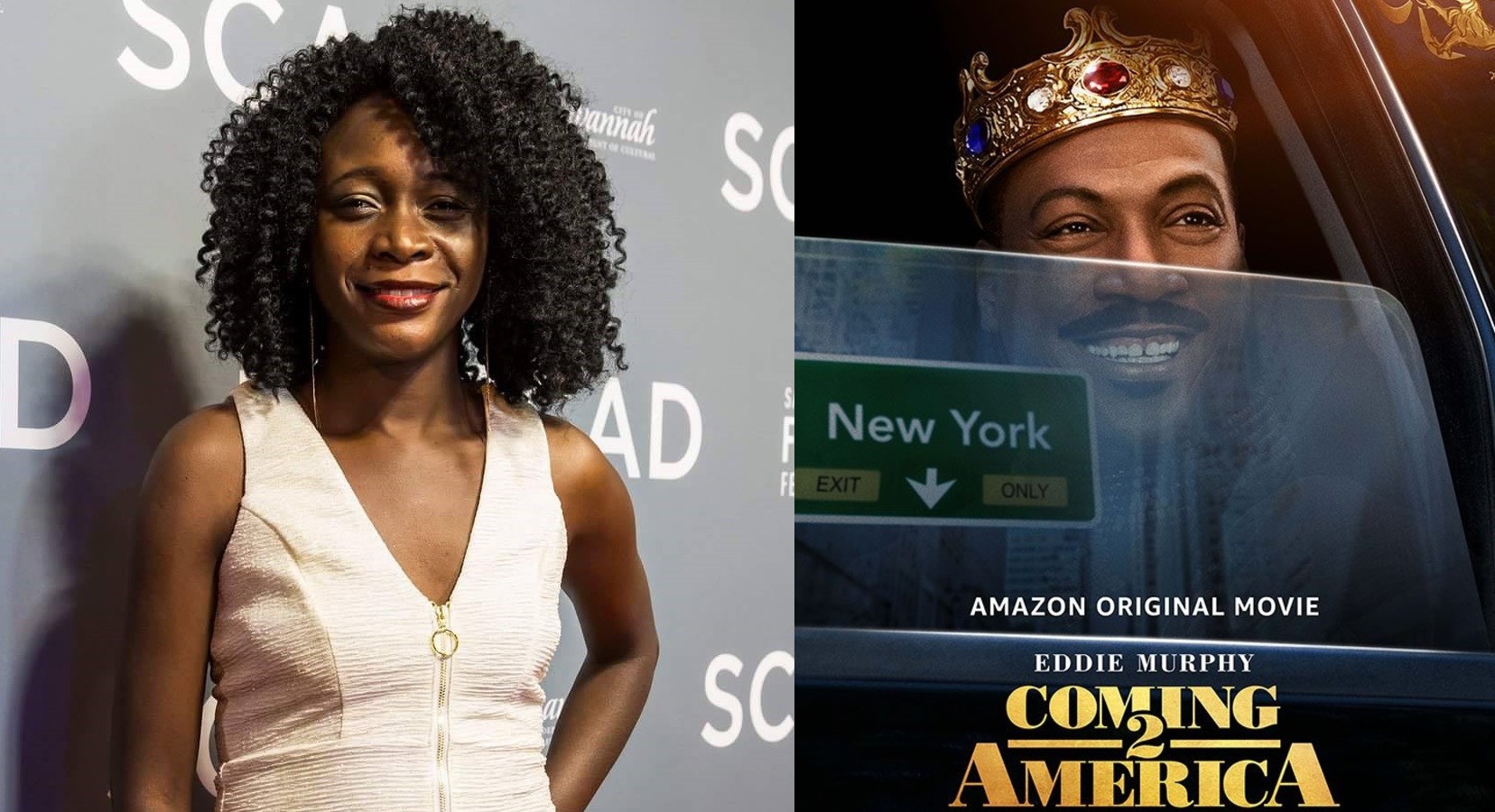 American-based Ghanaian-born filmmaker, Leila Djansi has raised some concerns about the popular Hollywood movie, “Coming 2 America” after she watched the movie which was initially released in December 2020 in Russia and premiere for the world on March 5, 2021.

Even though the 2020 “Coming 2 America” is a sequel to the original film which was released back in 1988, Leila Djansi believes the producers of the the 2020 film did a bad job at projecting Africa to the world.

Taking to her Facebook page, the award-winning film producer and director said that as an African she found #Coming2America mildly offensive.

In her view, the fact that the creators of the film decided to project Africa as a continent filled with jungles, wild animals, child warriors, and war was not the best thing to do.

She added that these tropes show how discriminatory and disrespectful the producers are and stressed that there are great ways of selling Africa to the world than what the producers of the movie did.

Leila Djansi also sighted the villages in Europe and the issue of child gangs as a major reason why Hollywood producers must not try to defame Africa.

“As an African, I found #Coming2America mildly offensive. Jungles, wild animals, child warriors and war. Come on Hollywood, these tropes show how discriminatory and disrespectful y’all are. Enough!

There’s more to Africa and please don’t try hiding em within wealth.I don’t understand this unwillingness to change and accept that these images and ideas are wrong, mostly lies. Spent 15 years of my life in Ghana and never even seen a squirrel.

Child soldiers? Chicago gun totting gang kids? Can we talk about that? STOP!! Africans are regular people. African cities are cosmopolitan. African villages are what they are based on culture and geography. Let’s not discuss villages in the South. Georgia?

I swear someone will be asking me about lions this week. Jesus take the wheel.”