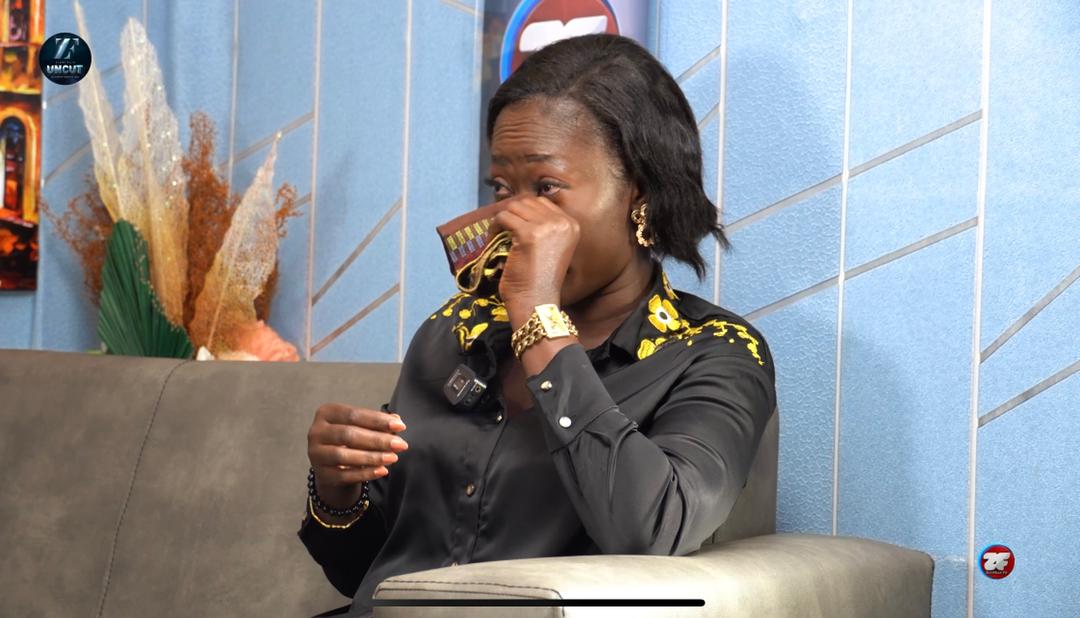 Budding Ghanaian actress, Gifty Arthur aka Gyimidi, has opened up when she got pregnant.

She disclosed to ZionFelix in an interview on the ‘Uncut’ Show that her first s3x resulted in pregnancy.

Gyimidi stated that her virginity was broken at the age of 21.

READ ALSO: Stonebwoy Invites Keri Hilson To BayViewVillage Concert After She Complained About Not Being Invited (+ Screenshots)

She recalled how she used to play football with boys when she was young.

According to her, her focus was not on ‘bad girl’ stuff.

Gyimidi revealed the guy who impregnated her accepted the pregnancy but he refused to take care of her until she gave birth.

She reiterated that the guy became responsible after she gave birth but he died in 2015.

READ ALSO: I Wish I Can Perform Like Shatta Wale – Quamina MP

Gyimidi recounted the support her mother gave to her.

The enterprising actress indicated that life has taught her many lessons.

Movie Producer Famous Sacked Me From His Set, He Proposed To...