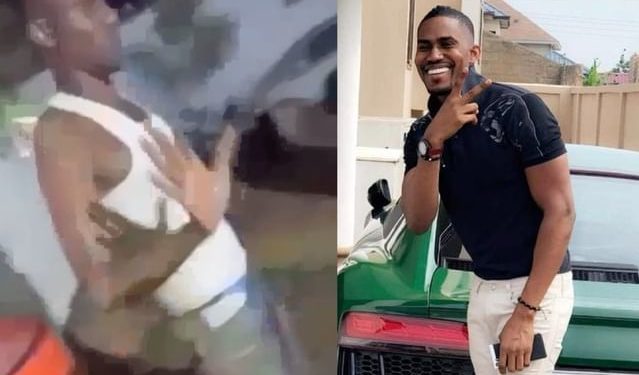 It appears that supposed Ghanaian millionaire, Ibrah One has gone mad and is walking about aimlessly in his hometown, Niger.

Ibrah One has been showing signs of not being too well mentally in the last few months based on how he writes on his various media pages with the aim of exposing other celebs.

His family has confirmed in a report to Famebugs that Ibrah has been taken to his hometown in Niger for treatment at a facility but he escaped to the streets.

The report adds that, after this video captured him on the streets, his family rushed in to get him back to the psychiatric facility to continue receiving treatment.