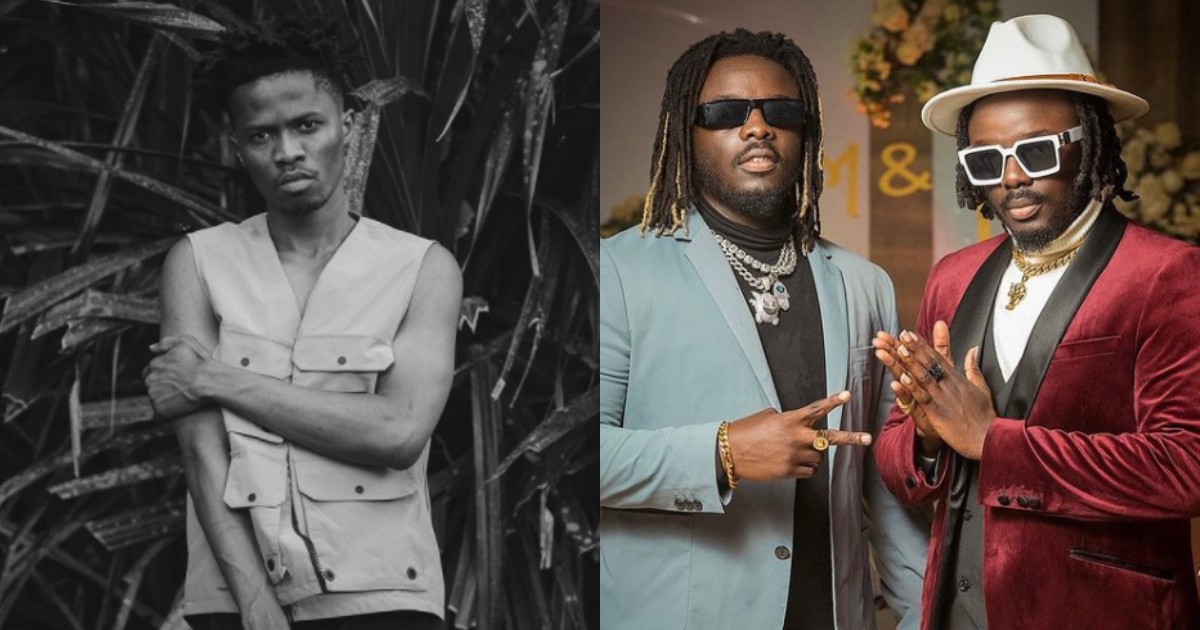 Grind Day hitmaker Kwesi Arthur has said in an interview that he is not cool with music duo DopeNation over an issue he considers to be untrue.

While speaking in an interview during an entertainment show on EBN TV, Kwesi Arthur said he was not cool with the Zanku crooners because they lied about him.

“I am not cool with them cos they lied on my name”, Kwesi Arthur said looking quite disappointed.

He went on to say that he had no idea where the allegations they were making against him came from because to the best of his knowledge, he does not remember when he or his team was rude to the duo.

Kwesi Arthur said he was not fond of putting effort into negativity and negative news that is why he was not ready to delve into the matter.

When asked by the show’s hots as to why he had not reached out to DopeNation to settle the matter, Kwesi Arthur maintained that the duo had also not called him to listen to his side of the issues they were peddling.

He however said he was open to collaborating with the duo provided the song they were working on was nice.

Efia Odo’s N!.pplez Come Out To Play On Her Instagram Live...