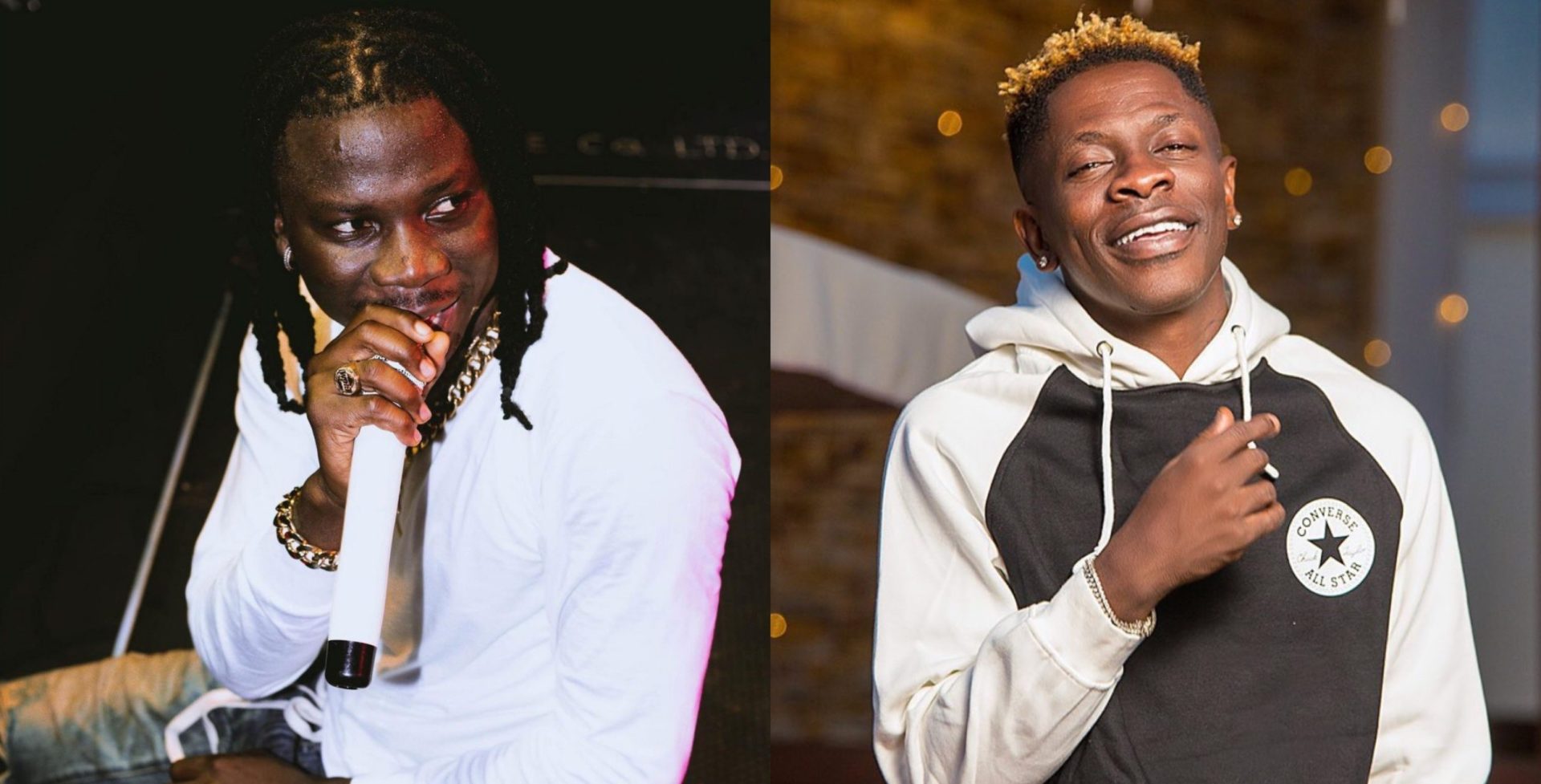 Ghanaian dancehall artiste Charles Nii Armah Mensah popularly known as Shatta Wale got his fans laughing when he made an appearance on TV3’s Showbiz360 with media personality Giovanni Caleb.

As reported by zionfelix.net, yesterday was Stonebwoy’s birthday and he was well celebrated by his fans, family and friends.

He said eventhough they spoke on phone, Stonebwoy failed to tell him that yesterday was his birthday.

Nevertheless, Shatta went ahead to sing Happy Birthday to the “Hero” hitmaker in a hilarious manner.

In what appears to be a rendition of Stonebwoy’s “Baafira” song, Shatta said it pained him that Stonebwoy didn’t invite him to his birthday party.

Share
Facebook
Twitter
Pinterest
WhatsApp
Previous articleLISTEN UP! Amerado Out With A New Song Titled Taxi Driver
Next articleFrom Hating To Hitting; The More You Hate Me, The More I Get It – Brother Sammy Posits In New Music Video ‘Bozza’
- Advertisement -

I Sleep With Shatta Wale In My Mind – Efia Odo...