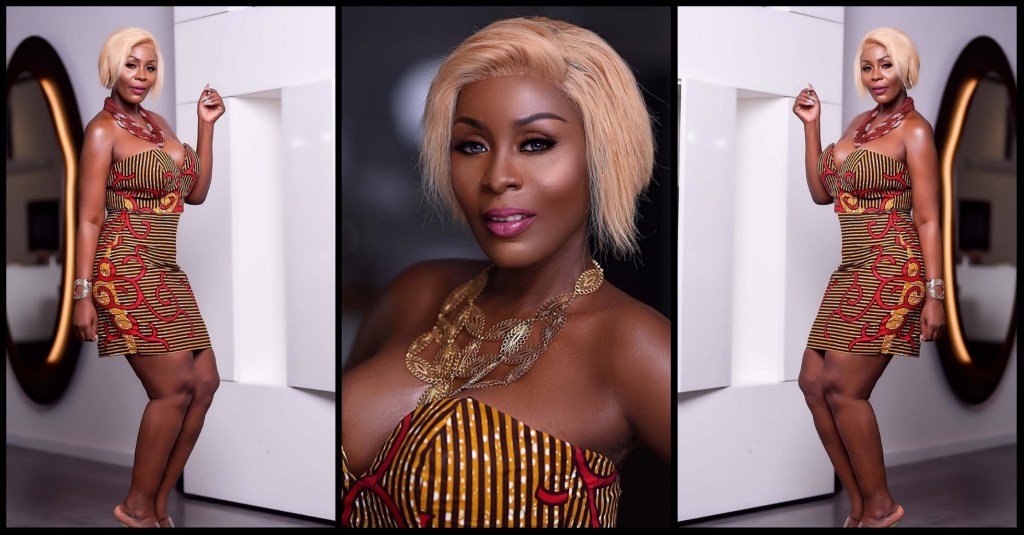 Ghanaian businesswoman and philanthropist model, Confidence Haugen has opened up on her plastic surgery journey which began in 1999.

The former Big Africa Representative for Ghana revealed the number of times she had a breast implant in a video sighted by Zionfelix.net.

In an episode on her ‘Konfidence Uncut’, Confidence disclosed she had a breast implant on three occasions.

In her quest to get boobs that will make her confident, the entrepreneur said she passed through the hands of three surgeons, two males and one female.

Unfortunately, the first two of the surgeries were not up to her expectation.

She narrated that everything about the first surgery was wrong and that was not what she wanted while the second one done by a female surgeon gave her unequal breast sizes.

READ ALSO: If You Think Stonebwoy Is Good, Allow Him To Face Me – Jupitar To Bhim Natives

After a year and a half and still not successful with what she wanted, Confidence averred she embarked on a series of researches to get the understanding of how it should look like after it’s done.

She recounted how her friend, Sally introduced her to a doctor-who she describes as the best surgeon—after he did a perfect job for her on the third attempt.

From her experience, Madam Confidence advised: “If you want to do any plastic surgery, please do your research properly and get your surgeon to get you the before and after pictures.”

Watch how she narrated her experience in the video below.

Confidence Haugen Shows Off Her Curves As She Celebrates Her 47th...