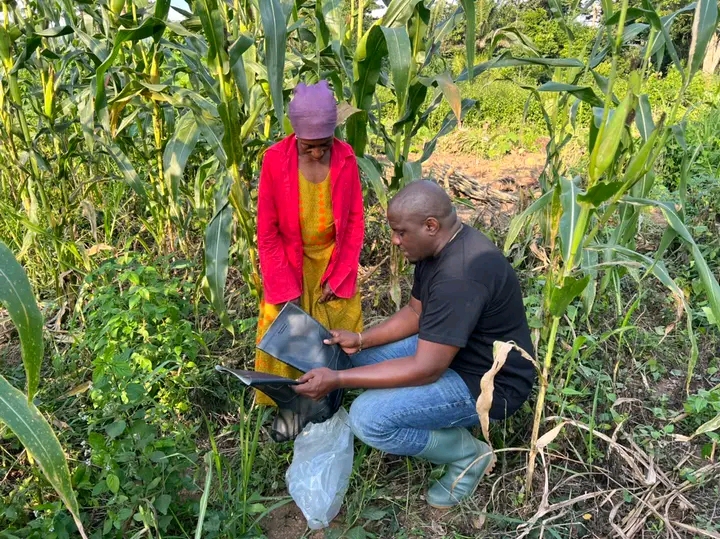 Ghanaian actor and philantropist John Dumelo has extended kindness to a group of farmers in the Guan District of the Oti Region.

He distributed dozens of free Wellington boots and cutlasses to the farmers in the area to assist them in their work.

READ ALSO: Everything Is Going Up Except Salaries – John Dumelo Complains

According to him, the plan is to reach every farmer in the district soon after which they will move to the provision of other efficient farm equipment to maximize the value of their produce.

The actor who doubles as a politician has been doing a lot of work in the district for months now.

He distributed cutlass and other farm inputs to the farmers in the past.