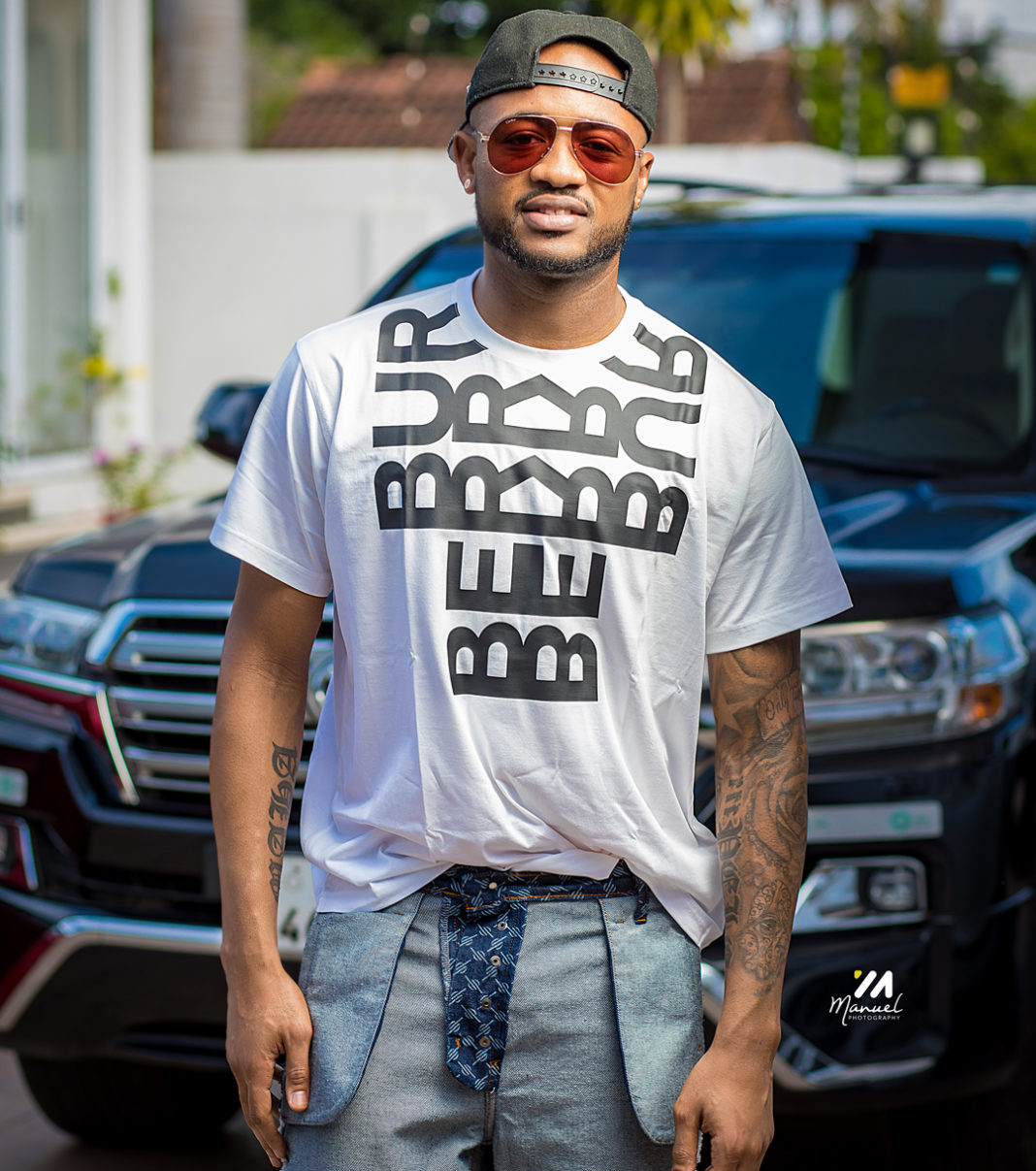 Black Stars and Crystal Palace striker Jordan Ayew is dripping in some fresh photos which have surfaced online.

The talented football icon in the photos which were professionally captured by Manuel Photography proved that he can pass as a model someday if he decides to hang his football boots when rhe time is right.

In the photos, Jordan posed by an expensive 4×4 car rocking his white shirt over an inside out trousers.

While wearing of inside out trousers is not something that is very common in Ghana, the 28-year-old footballer is probably about tonset the tone for it.

Jordan Ayew is the son of former Ghana captain Abedi Pele and brother of André Ayew. Earlier, a video of the three Ayew brothers showing off their amazing skills together with a tissue roll surfaced and caused a great stir online.

His football career for Jordan started when he joined Marseille as a trainee in 2006. He then signed a three-year professional contract with Marseille in 2009.

Jordan Ayew made his debut for the senior team on 16 December 2009. Ayew scored his second goal against Nice at the Stade Vélodrome on April 27, 2011, in a match that saw his elder brother André Ayew score a hat-trick.

On 1 November 2011, Jordan and André both started a UEFA Champions League match for the first time against Premier League outfit Arsenal.