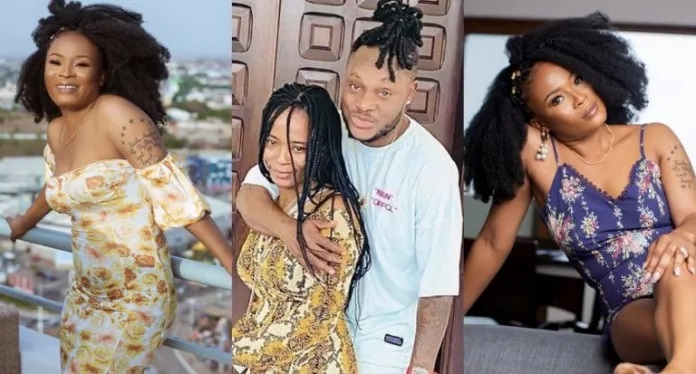 A screenshot of a post shared on the Instagram page of the wife of musician Keche Andrew is beginning to cause a lot of stir online.

The post which reveals the good news that the rich businesswoman, Mrs. Joana Gyan Cudjoe was supposedly pregnant with a set of twins had a caption that many folks online are trying to comprehend.

READ LSO: No Move? – See Delay’s Cryptic Reaction As She Speaks After Wontumi Media Publicly Announced Her Move To The Radio Station

In her caption, Mrs Cudjoe announced that the names of her unborn twins were going to be Norman and Normani Cudjoe.

She went ahead to reveal that her husband was not too happy about the name she intends to give to the child even though she loves it since the Cudjoe is his name.

Now, this is where the confusion of many folks online comes in. Many are wondering if the English names selected by Mrs. Cudjoe are what is making her husband angry or what exactly the issue was.

Keche Andrew Has Leaked Our Phone Sex Video To Blogger –...