Bhimnation boss Stonebwoy has revealed he isn’t in the least hurt by the acts of Kelvynboy toward him.

Kelvynboy who was signed unto Burniton Music Group record label was axed due to unresolved differences.

Since then the duo have been literally having a “tom and jerry” kind of relationship. Subtle shades are thrown at each other during interviews and social media updates.

The most recent one was when Stonebwoy admonished the young artistes while performing at the just ended 2019 edition of the annual 4Syte TV Music Video Awards be respectful, a comment most thought was a direct reference to Kelvynboy.

The perception the public has is that Kelvynboy has been ungrateful to his former boss. This notwithstanding, Stonebwoy says he is unfazed by Kelvynboy’s actions.

In an interview with KOD on Starr FM which was ably monitored by zionfelix.com, he had this to say, “I’m not hurt, I’m rather kicking and moving because I’m not new to facing hurdles in life. Whenever there is a hurdle I handle it well because I know it is proceeded by a good next level”.

He added his statement wasn’t aimed at Kelvynboy in any way. 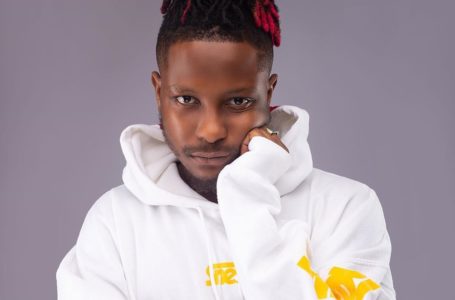