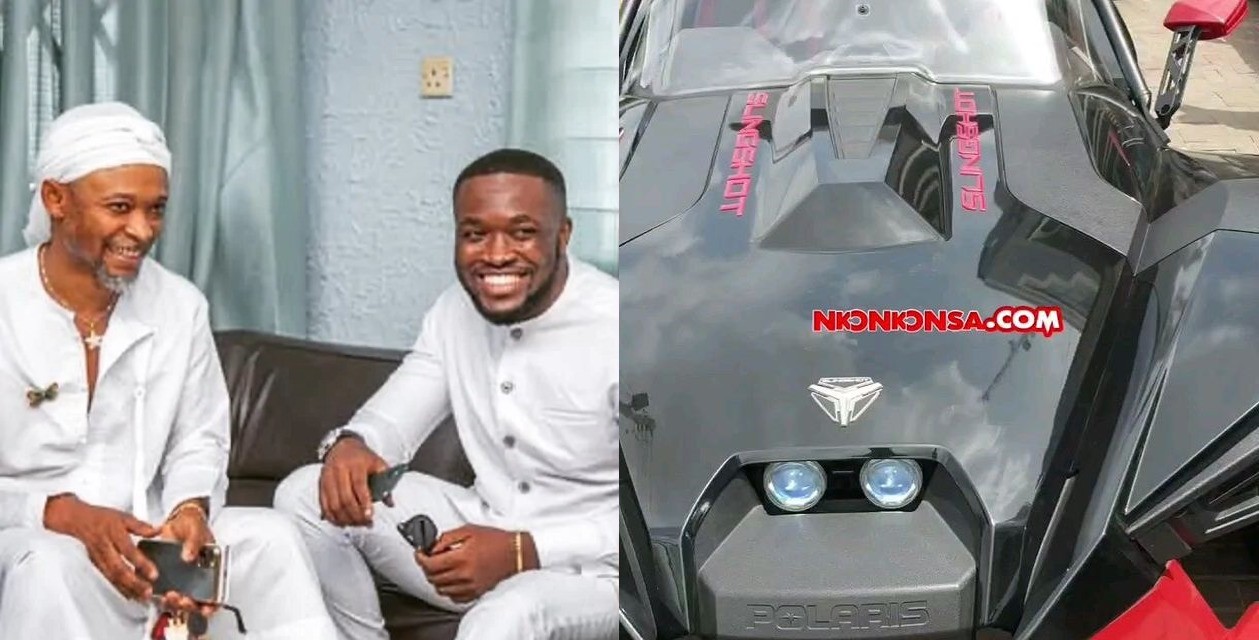 The son of Ghanaian billionaire Osei Kwame Despite, who happens to be the General Manager of Despite Media, Kennedy Osei has just added a red and black coated Polaris Slingshot to his fleet of cars.

Kennedy Osei today, March 25, 2021, stormed the premises of Despite Media with the car and gave social media users a first-time look at the beast he has acquired.

The exclusive first view of the car was seen on the page of Ghanaian blogger/vlogger, Eugene Osarfo aka Nkonkonsa.

In the video, the MD of Despite Media, who doubles as the godfather of Kennedy Osei, Fadda Dickson was seen enjoying the inside of the car as they took it out for a first-time drive in town.

The Polaris Slingshot is a three-wheeled motor vehicle which costs some fortune for the ordinary man.

Watch the video of the car below