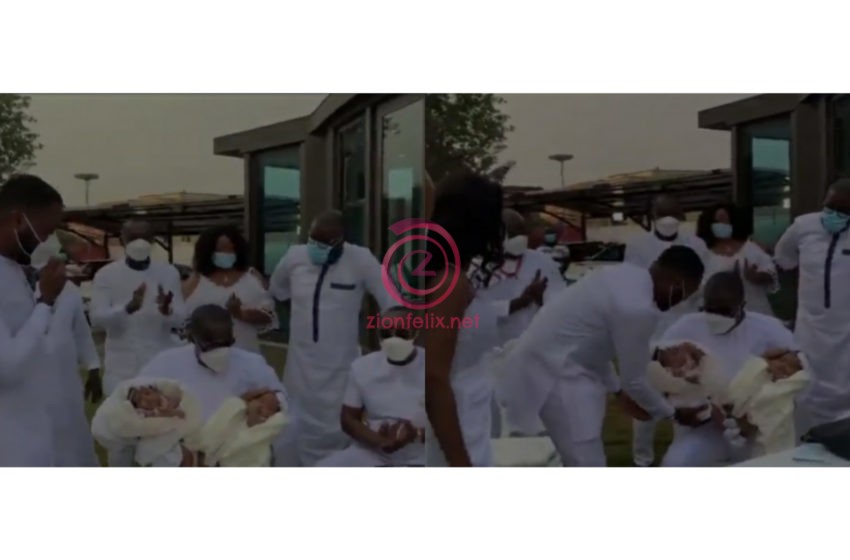 Kennedy Osei Asante, the son of Ghanaian business mogul, Dr Osei Kwame Despite and his wife Tracey, have publicly flaunted their twins for the first time.

Reports about Kennedy and Tracey welcoming twins after their lavish wedding ceremony went viral some months ago.

READ ALSO: Ghanaians Mourn Kofi B As Today Marks A Year After His Demise

As Dr Osei Kwame Despite is celebrating his birthday today, the couple presented their twins to him in a video sighted by Zionfelix.net.

Kennedy and Tracey were led by Fada Dickson when presenting the twins to their grandfather.

People who were present at the ceremony taking place at Dr Osei Kwame’s East Legon mansion cheered them up excitedly.

“Amen! Amen!! Amen!!!” some of them exclaimed amid clapping.

A guest was heard saying: “It is blessing and grace.” 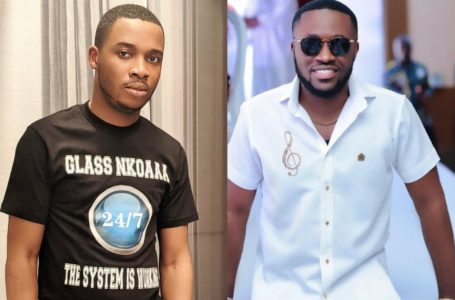 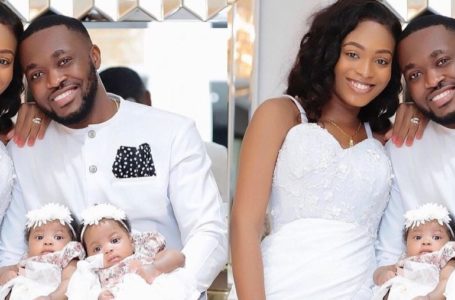 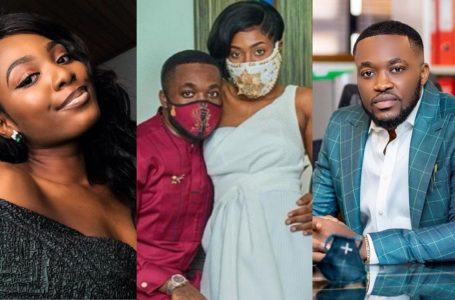 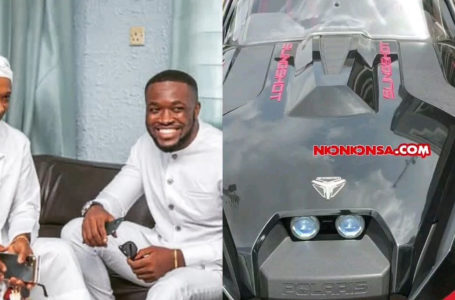 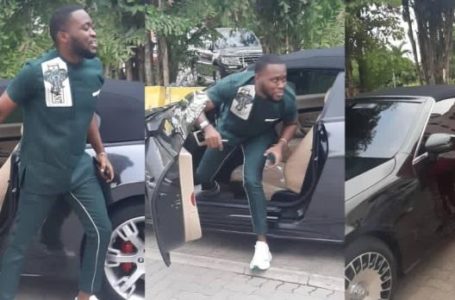