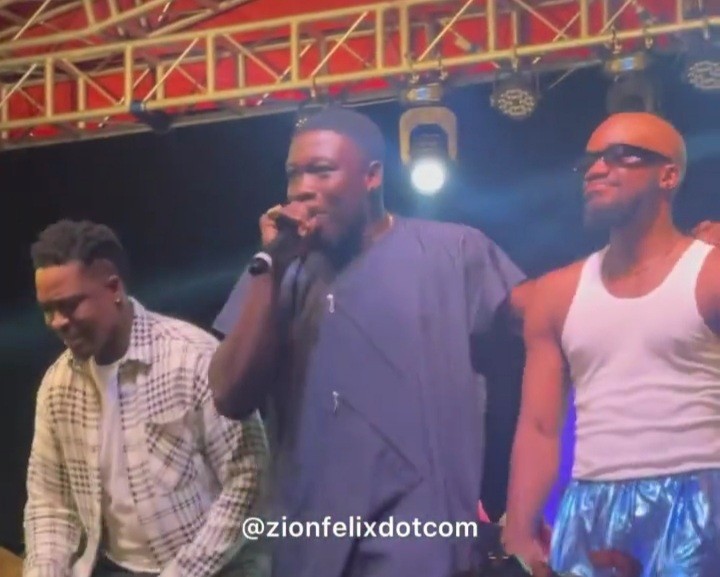 It’s good to be back together; that was what Mr Drew and former label mates, Kurl Songx and Krymi portrayed on stage yesterday at for former’s SELE concert.

The three musicians and former record label mates reunited on stage after some sore relationship history in the past.

The relationship between Mr Drew and Kurl Songx became sore after the duo had a disagreement over Mr Drew and Sarkodie’s “Dwe” hit song over ownership.

Kurl Songz claimed he wrote the song and was the rightful owner, a claim vehemently denied by Mr Drew and label mate Krymi. Their relationship deteriorated as a result of the feud.

The two however reunited on stage somewhere in July this year in the absence of Krymi.

All three musicians are back together now. They thrilled fans on stage yesterday at the Mr Drew’s SELE concert with Krymi’s popular Jennifer Lomotey hit after their reunion.

The SELE concert was graced by several top stars in the music industry like D-Black, Fameye, Kidi, kwesi Arthur, Wendy Shay and many others.