Kwame A Plus Angrily Descends On Chairman Wontumi For Suing Him, Afia Schwarzenegger, And Others For Contempt [+Video] 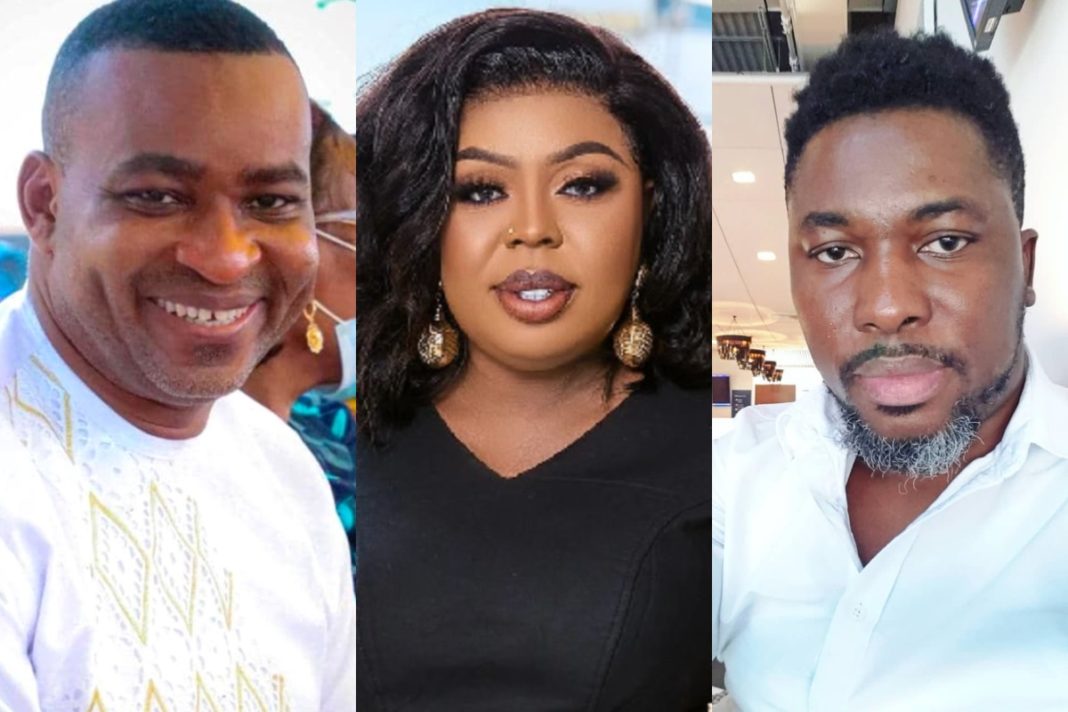 The leader of the TPP Movement, Kwame A Plus, popularly called Kwame A Plus has angrily reacted to the decision of Chairman Wontumi to sue him and others for contempt.

Our cherished readers will recall that on Thursday night we exclusively reported that Chairman Wontumi was suing Despite Media, Fadda Dickson, Nana Ama Mcbrown, Kwame A Plus, and Mr. Logic over some comments made about his court issue with Afia Schwarzenegger when they were on UTV’s United Showbiz program.

READ ALSO: Mr. Logic Reacts After Chairman Wontumi Sued Him And Others For Contempt

After coming across these reports online, Kwame A Plus in decided to react and he did it in a rather special manner.

In his reaction, A Plus shared a video of Chairman Wontumi bashing former president, John Dramani Mahama and describing him as a thief and drunkard.

According to Kwame A Plus, it’s Fadda Dickson and Despite who will apologize to him for things that transpired on the show, however, as, Kwame A Plus he will never do so because he fights politicians like him and hence, he is ready to fight him.