Leaving Our Former Label Caused Our Downfall But Going Back Is Not Possible – Music Group, Gallaxy 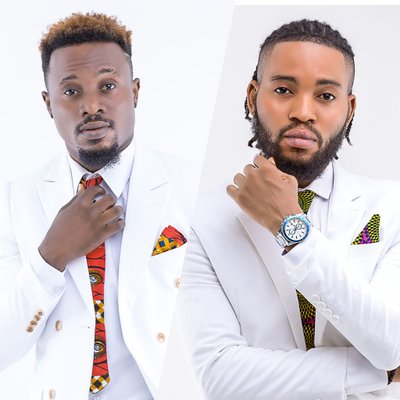 Ghanaian music duo, Gallaxy has admitted that leaving their former record label has not been helpful.

They told ZionFelix in an interview on the ‘Uncut’ Show that their exit from Habour City Recordz has caused them a lot.

Gallaxy, however, explained that they went on their separate ways after their contract expired.

READ ALSO: We Are Tired Of Lies – Yvonne Nelson Fires Akufo-Addo Over Dumsor

Kwesi Dav, a member of the group confessed that they said something on the radio which was misinterpreted.

Following this, Dav indicated that they met their boss and apologize.

They revealed that they are now cool with the owner of Habour City Recordz after they apologized to him.

Without him, the duo averred no one would have known them as musicians.

Despite their relationship, Gallaxy clarified that it won’t be possible for them to go back now because they are with a new label.