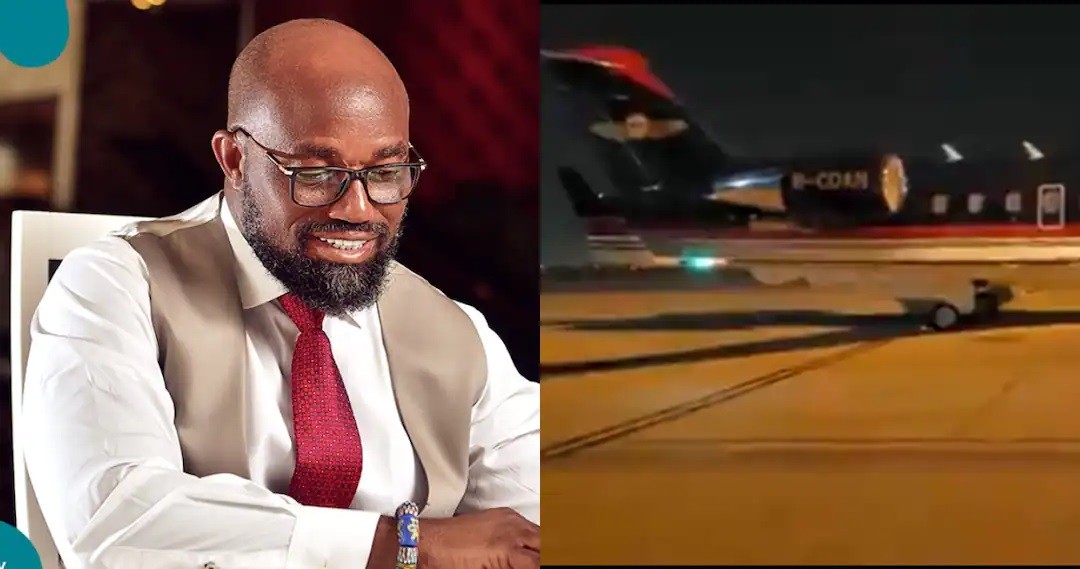 The CEO of The McDan Group of companies, Daniel McKorley has reportedly become the second Ghanaian to own his own private jet.

Earlier this year, it was reported that popular business mogul and brother of former president John Dramani Mahama, Ibrahim Mahama had acquired his own private jet and customized it, Dzata.

READ ALSO: Lady Gives An Account Of How She Found A P3nis-Like Meat In A Tuo Zaafi Soup She Bought (Video)

So if the reports about Ibrahim Mahama are true, then Dr. Daniel McKorley becomes the second Ghanaian to follow this path.

From what zionfelix.net has gathered on the sideline, the renowned businessman obtained the license to operate and manage the executive lounge for private jets in Ghana in 2019 as part of the government’s effort to change the face of aviation in the country.

The CEO and his company are the first to have obtained such a licence to operate in the country.

Therefore, the company will be offering business aircraft operators a secure and private alternative to the airport’s main terminal. It will further offer a range of services for private jet customers, aircraft, and crew.

Already his friends like Professor Abotsi, Lexis Bill, and many others have congratulated him.