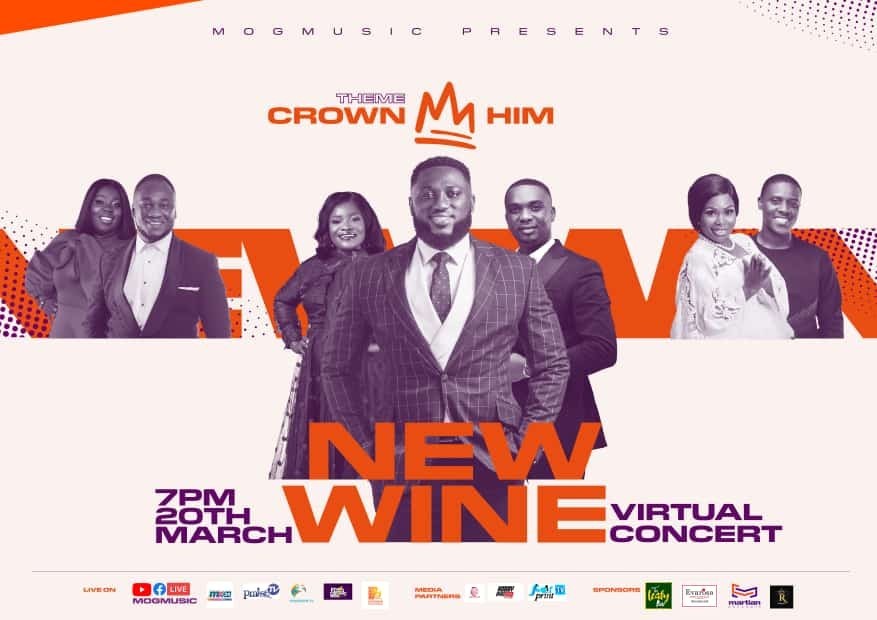 Serenade Your Lover With Gyakie’s New Single, “For My Baby”

It’s the virtual edition of the annual New Wine Concert hosted by VGMA Male vocalist of the year, Pastor Nana Yaw Boakye a. k. a MOGMusic.

Accra, March 6, – All is set for the 2021 New Wine Concert with MOGmusic which promises to yet again give patrons an intimate experience in the presence of God like no other.

This year, the inter-denominational worship night, dubbed, “Crown Him” comes with a new twist as patrons will be connecting from where ever they are virtually to the throne room of God.

Under the patronage of the Most Rev. Sam Korankye Ankrah, Founder and Apostle General of Royalhouse Chapel International, the highly successful concert will be live telecasted on TV platforms including Powerline TV, Praise TV, Dominion TV and Max24 TV as well as social media handles of MOGmusic.

Patrons should expect a night of the manifestation of the power of God through song ministrations including hymns like Holy, Holy, Holy, Head of thy church, His kingdom stretch from shore to shore, Living God, What a beautiful name and many more.

Songs from MOGmusic’s hit album, Be Lifted will be featured including Elohim, Hallelujah, Redeemed and Jesus.

“This is the 6th time we are having this concert and even though it is going virtual, I can assure you that lives are going to be touched and there will be testimonies,” he said.

MOGmusic said the theme, ‘Crown Him’ signifies that Jesus is Lord over every situation, including Covid-19.

MOG Music is a Ghanaian contemporary gospel singer, songwriter and a pastor.

MOG Music released his first album in 2016 “New Wine” which earned him African Gospel Music awards Nominations for “Album of the Year” and “Discovery of the Year”.

He released a single “Making it Big” featuring Sarkodie.