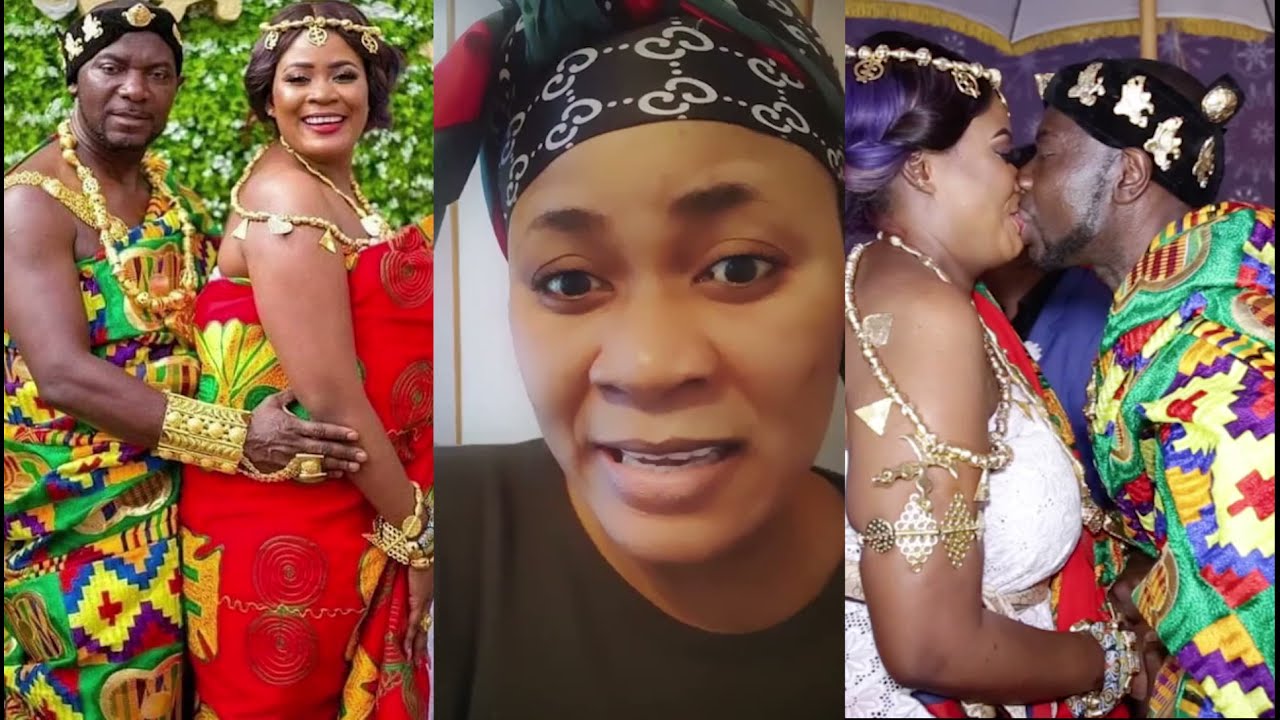 Nana Sarfo Kantanka, the husband of Ghanaian actress and producer, Nayas has finally broken his silence on wild reports which suggest that the marriage of the two has hit the rocks.

It will be recalled that Nayas recently came out to confirm that they have some issues as a couple, Nana Kantanka Sarfo has accepted that he did not treat his wife well.

READ ALSO: Bulldog and A Plus Clash Over Stonebwoy’s UK Concert (Video)

Speaking with Oheneba on OheneTV, the Kontihene of Ghanaians in Hamburg, Germany mentioned that when the whole issue about the challenges in their marriage became a big topic of discussion on social media, he was advised not to make any comment on it.

However, most of the issues have been dealt with behind the scenes as he has spoken with the family of Nayas, he has decided to tell the world and anyone who has any interest in their marital issues that all is well.

Nana Sarfo further used the media offered him to offer an unqualified apology to his wife and beg her to come back home soon.

I Will Curse You With Antoa If You Provoke Me –...