Netizens React To Video That Has Shugatiti All Over ‘Innocent’ Akwaboah 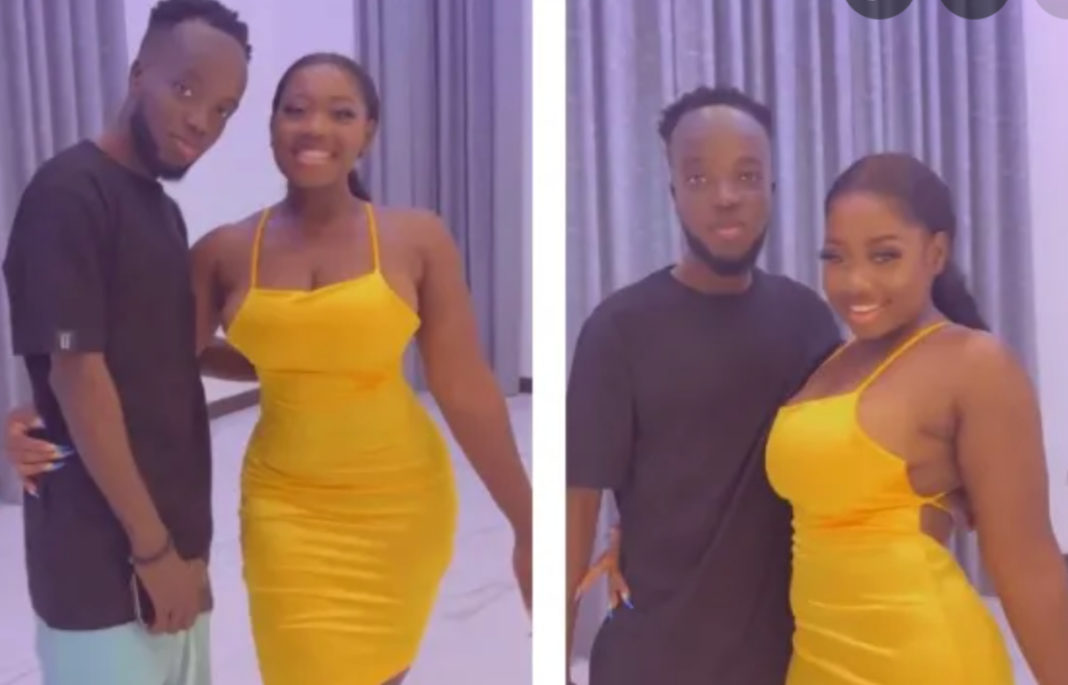 Ghanaian musician and songwriter, Akwaboah has been seen in a rather comprising position with popular nudist, Shugatiti.

In the video, Shugatiti who has established that she is a real badass is seen all over Akwaboah who is seen by many as one of the ‘innocent’ musicians.

READ ALSO: John Dumelo And His Wife Share First-ever Photos Of Their Daughter As She Turns Age One

While Shugatiti was holding the bre@st of Akwaboah and other parts of his body, the award-winning songwriter appeared to have been lost in himself for the first few seconds.

Akwaboah later was seen holding the waist of Shugatiti as and did a sign to subtly tell his fans and music lovers to expect new from him soon.

READ ALSO: Gyakie Reacts To Blakk Rasta’s Claim That She Has Been Buried

The video however has got netizens worried because they believe that Shugatiti is about to spoil the ‘innocent’ musician.

One Instagram user with the name @khojodickson wrote: ‘Don’t eat our boy for us 😂😂’

Another person who also goes by the name @danielseadeyministries wrote: ‘Akwaboah, is too Holy‘

I guess people are unnecessarily worried about Akwaboah, LOL. Watch the video below and check the comment section for more reactions…