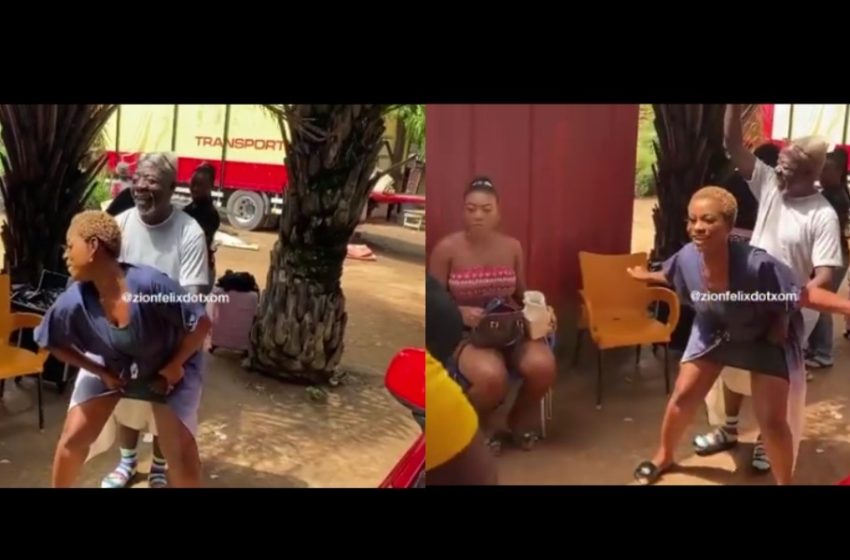 Veteran Kumawood actor Oboy Siki is having the time of his life on the set of Lil Win’s Cocoa TV series in a new video sighted by Zionfelix.net.

READ ALSO: Married Musician Whose Wife Nearly Beat The Hell Out Of Poloo Finally Speaks On The Whole Brouhaha (+Video)

In the video, Oboy Siki is seen dancing with a lady who appears to also be an actress for the star-studded TV series.

The lady was seen twerking for the actor as Oboy Siki held her waist tightly and enjoyed himself.

After dancing with the lady, Oboy Siki moved on to dance with another lady who was also around the same place were the duo was dancing.

Oboy Siki along with many other stars are currently on location shooting a star-studded TV series believed to be produced by Kumawood star, Lil Win. 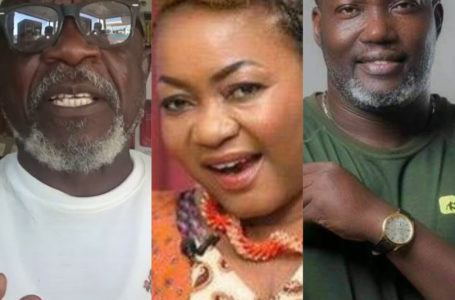 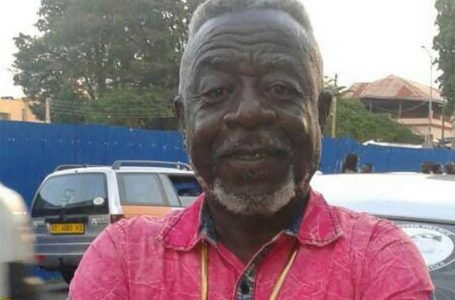 Oboy Siki Explains Why He Will Be...

I’m Not A Christian – Kumawood Actor...