Young Ghanaian female rapper, Freda Rhymz has been exposed after she claimed she doesn’t know any other female rapper in the country apart from Eno Barony.

She argued on UTV’s ‘United Showbiz’ program monitored by Zionfelix.net that Eno Barony and her are the only female rappers in the country, but Bulldog, who was on the show mentioned other female rappers he knows which included Ohemaa Dadao.

After Bulldog’s interjection, Freda insisted she doesn’t know any rapper on the show hosted by Nana Ama Mcbrown.

Few minutes after the program, Ohemaa Dadao has posted a private conversation Freda Rhymz had with her some time.

She was shocked Freda denied knowing her after she had told her privately that she was learning from her and also talked about how she likes her raps.

“‘I am learning from you, I like your raps, you dope’ how can that transform quickly to “ I don’t even know who she is “ see how that 2 by 4 fame is making you grow wings … little clown if you don’t know me guess what ? I don’t know you either but keep that same energy when you’re in my dms acting like a little girl mesmerized at a magic show😂. I just had to pull up facts to expose you. The obvious Fact here is you’re just a despicable pathological liar … peace out,” she captioned the screenshot of their chat she posted on Instagram. 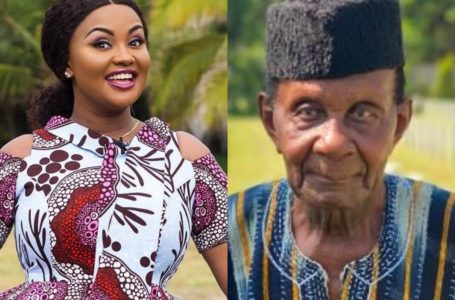