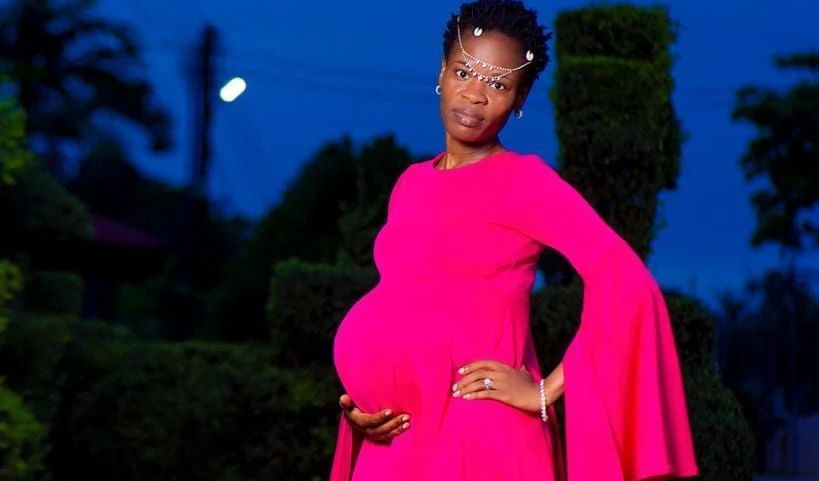 She made this information public via her social media pages on Thursday, December 8, 2022.

READ ALSO: Chairman Wontumi Files Another Contempt Suit Against A Plus

She shared a photo of herself flaunting her baby bump and used three emoji representing prayer and gratitude to subtly confirm this news to the world.

Ohemaa Woyeje has received a lot of congratulatory messages from her friends, colleagues, and followers who were obviously happy for her.

The Angel Broadcasting Network employee got married to Emmanuel Yaw Owusu Kusi in 2017.

Even though she has revealed in an interview that life was quite unbearable when she could not conceive in the first year after her wedding, they were blessed with their first child, a baby girl they named Maame Akosua Sarpomaa about three years ago.