Rapper Cabum has stated categorically that Okyeame Kwame didn’t assist Kumasi-based artistes when he was at his peak.

The reality is that Kumasi-based artistes have minimal recognition in the music industry compared to their Accra and Tema counterparts. Cabum is one talented artiste who has been around for a long time but he unfortunately doesn’t have the same level of influence and clout of his peers can boast of.

He actually shot unto the music scene around the same time Sarkodie did but the disparity between them is very huge now.

When asked by Zionfelix on his Uncut program what could be the reason for this trend he revealed that it was due to the fact that legends like Okyeame Kwame failed to help kumasi-based artistes when they needed help the most.

He added Okyeame only helped his blood brothers, Stone and Kunta Kinte and a few others when he was very popular years back.

He however said help from Okyeame finally came but only when it was a tad bit late.

Cabum is out with his new tune, Zakari which feature Sarkodie and Stonebwoy. 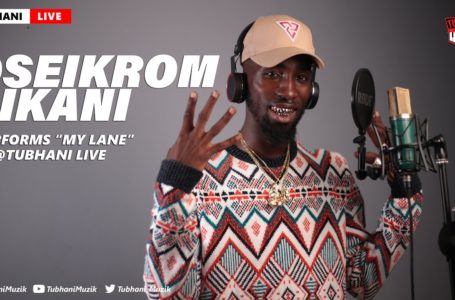