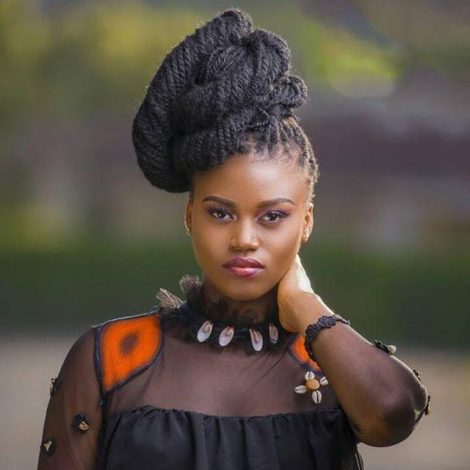 Gone are the days when Artistes used fictional fashion and mythical luxurious product(s) to portray wealthy brands just to be perceived ‘rich’ by fans.

Today, those ‘perceived riches’ still remain a myth, but out of the lot only few can vehemently come out to say what they show on television screens and social media platforms belong to them, and one exceptional artiste who can’t be omitted is Queen eShun in the showbiz industry.

Unarguably, the “Koti Ma No” Hitmaker who fulfilled her “Handcuff and Eh” challenges after given the winners totally close to $1,000 has been applauded and praised by her fans dubbed ‘Royal Megezet’ as some followers went to the extent to say “This lady is dope waaaaaa, ma first time I see say some celebrity or musician throw challenge wey she award the winners as promised”, ‘Everything is on point’ etcetera under her comments section on Instagram.

Currently, “Eh” challenge which ended on January 15, 2021 gave cash prizes including $300(overall winner), Gh1,000, Gh500 and Gh300 respectively to the other winners not forgetting the initial “Handcuff” challenge which also got the overall winner $300 which makes her unique in terms of fulfilling challenges promises.

She also happens to be the few female Artiste in Ghana with enough awards & nominations as well as many hit songs to her credit including Someone loves me ft flowking stone, Akyia, Party ft Kofi Kinaata, Temptation, Nonsense ft Medikal, and currently promoting ‘Eh’ which featured Dope Nation.

READ ALSO: If I Have To Date A Ghanaian Politician, I’ll Go For Carlos Ahenkorah – Shatta Michy Reveals

The question i keep on asking, is there any artiste/challenger who happens to be doing this?

We must say, she and her management need to be commended and below is a short video to what transpired👇👇👇