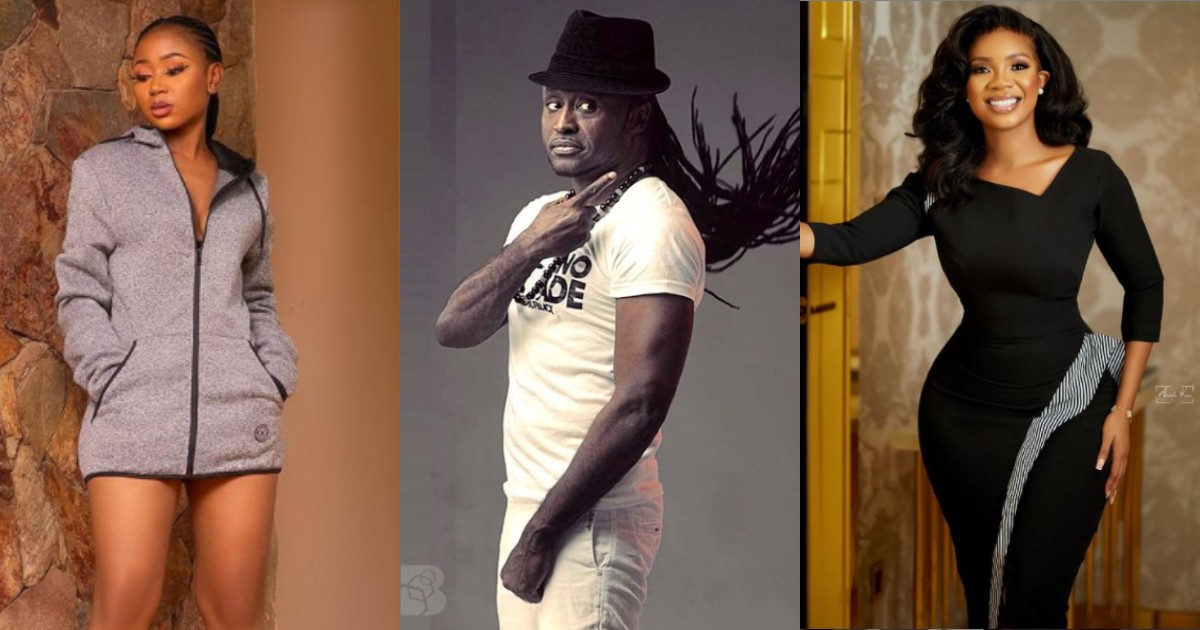 Ghanaian music living legend, Reggie Rockstone, has taken a swipe at TV star Serwaa Amihere for taking a stance against those begging for actress Akuapem Poloo.

In what appeared like a banter on Twitter, the two popular personalities were airing their views on the viral conviction case.

READ ALSO: I’m Ready To Pay Any Money In The Form Of Fine On Akuapem Poloo’s Head – Ibrah One

Serwaa Amihere indicated that she was at a loss for words as to why some people were still begging for Akuapem Poloo after she had pleaded guilty to the charges levelled against her.

Her post on Twitter read: “A person is convicted on her OWN PLEA.this means that the person accepts that he or she is wrong.the natural consequence of pleading guilty on your own volition means that you are ready to be punished. How are we asking for this person to be freed….”

Reggie Rockstone did not however share in Serwaa’s opinion and took to social media to explain why people were speaking for Akuapem Poloo.

The veteran musician quizzed if Serwaa had a child and explained to her that people were susceptible to mistakes and had to be forgiven when they realized their faults.

Reggie’s tweet read: “WE ASK COS WE ARE HUMAN AND ALL BLEED RED AND FEEL FOR THIS PERSONS PLIGHT IS WHY IT IS OK TO ASK AND MORE SO ABOUT HER SON! DO YOU HAVE A CHILD? #empathy#weslip#thekid#empathy#jesuswould

READ ALSO: Unperturbed-Medikal Responds To Claims That He Has Bought A Fake Rolex Watch

This exchange on social media follows the news of Akuapem Poloo born Rosemond Alade Brown being sentenced to a 90-jail term after she posted an obscene photo of herself with her young son on social media.

Afia Schwar Rains Insults On Cardi B For Snubbing Her And...