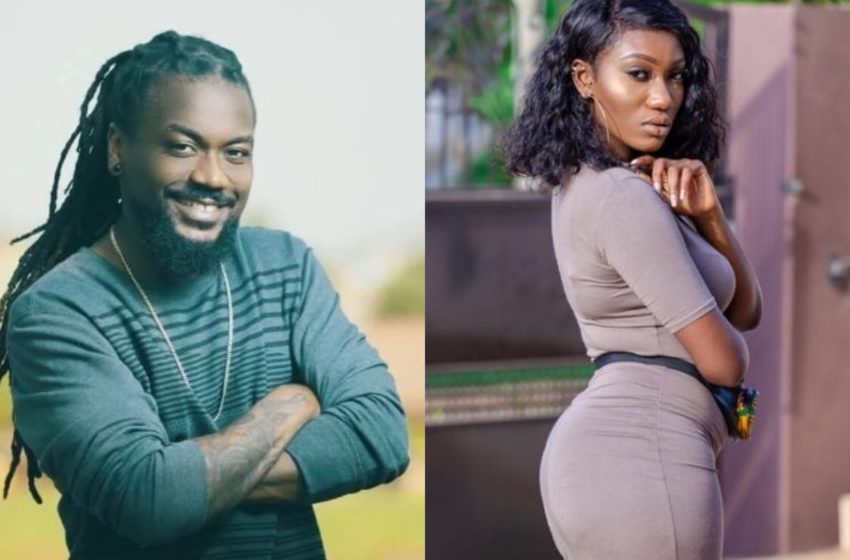 Ghanaian musician, Emmanuel Andrews, well known as Samini, has replied Wendy Shay after she made a list of top musicians in the country with ‘S’ as the first letter in their names.

The Rufftown Records artiste in an earlier publication made by Zionfelix.net omitted Samini’s name from the list.

READ ALSO: Asamoah Gyan Shows Off His Father On Social Media On His Birthday; They Really Lookalike (See Photos)

She mentioned Shatta Wale, Sarkodie, Stonebwoy and Shay as the biggest musicians with ‘S’ at the beginning of their names. Are you asking where is the Wendy attaching to her name? Apparently, she put it in a trash can to help her fit in the context.

The ‘My Own’ hitmaker disclosed the power that the letter ‘S’ possess.

He indicated that Wendy Shay wants to make the list so bad by forcing her way into it with her ‘WS’ initials.

“There must be Power in the letter “S”. You need a suit with it written on your chest lol. You want to make the list so bad “WS”? “S” for star, S for spirituality, S for seriousness, S for simplicity, S for solar.. make I continue? Key The name must start with “S” if anything,” Samini wrote on Twitter and ended his post with a direct hit emoji.