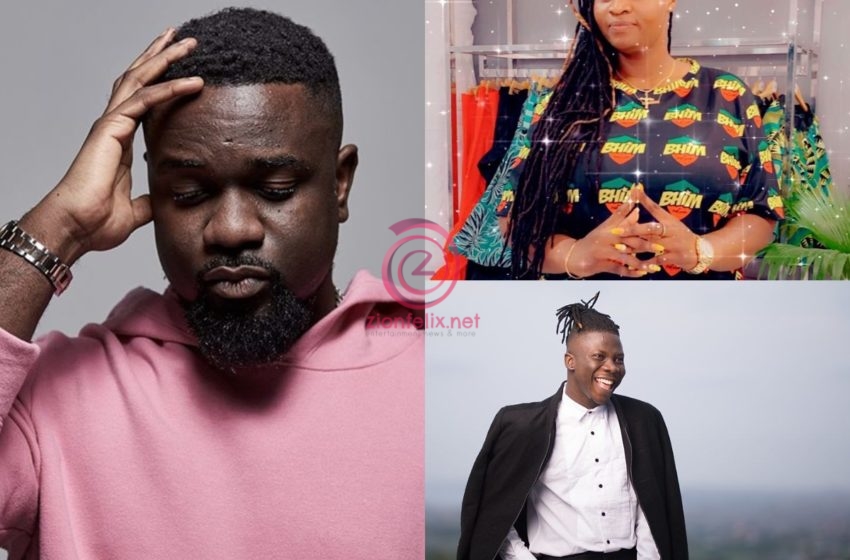 A die-hard fan of Stonebwoy, Aisha Modi has said Sarkodie’s disrespect to Stonebwoy triggered his fracas with Angel Town.

After news about the Bhim Nation boss’ attack on Sarkodie’s manager, Angel Town went viral; Aisha tried to defend Stonebwoy when speaking in an interview with Prince Tsegah on Hitz FM.

She lamented that the hate for Stonebwoy in the industry is too much—and this issue has proved the high level of hate people have for him.

READ ALSO: I’ve Not Made A Dime For Any Of My Hit Songs From Streaming – Guru Makes Shocking Statement

According to her, Sarkodie’s respect for Stonebwoy was zero when he reached the venue.

Aisha detailed they waited for about four (4) hours without hearing a word from Sarkodie, meanwhile other artistes were given access to the rehearsal ground.

“Stonebwoy drove to the place after returning from a trip. He didn’t even go to see the wife and kids yet, Sarkodie didn’t show him respect,” she stated.

Worsening the situation, Aisha said someone purported to be from Sarkodie’s team told them they can leave if they do not have the patience to wait—because Sarkodie didn’t invite him [Stonebwoy] in the first place.

Her hope to see Sarkodie settling issues with Stonebwoy diminished after the former angrily drove off.

Aisha Modi was shocked about the behaviour of Sarkodie and wondered why he would invite Stonebwoy and treat him with no respect.