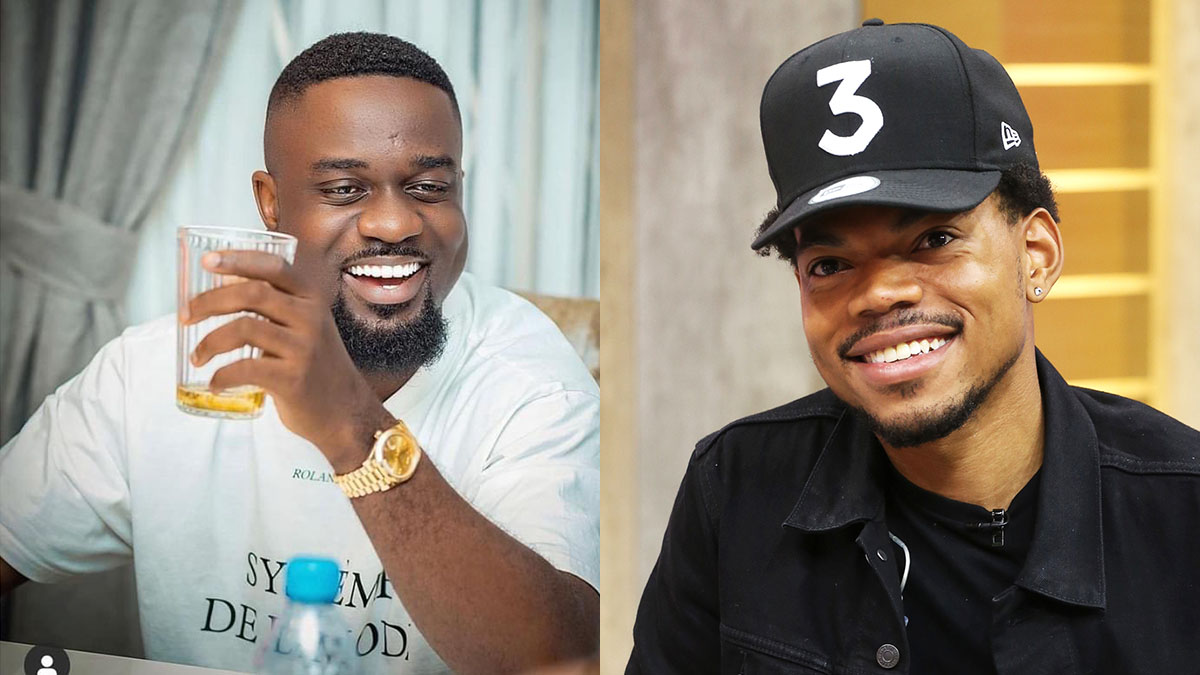 American rapper, Chance The Rapper, who is known in real life as Chancellor Johnathan Bennett has finally met up with Ghana’s finest rapper, Sarkodie after he stated that he has done everything except meeting Sarkodie after he landed in Ghana.

The rapper has been in Ghana for days, having fun and engaging in other activities after picking up details that his root is in Ghana.

He has been spotted doing a lot of things including attending a Sunday church service in Accra and it’s reported that the church was built by his family years ago, he has also met other people like Manifest, Black Sherif, Kelyvnboy, and many others.

Well, in the last hours of yesterday, he finally got to meet Sarkodie after he lamented on Twitter that he is the only big-name act he has not met after he came to Ghana.

Soon after he arrived at the house of Sarkodie, they were spotted recording a song at Sarkodie’s home studio, and award-winning sound engineer, Posigee was also seen doing his magic behind the computers.