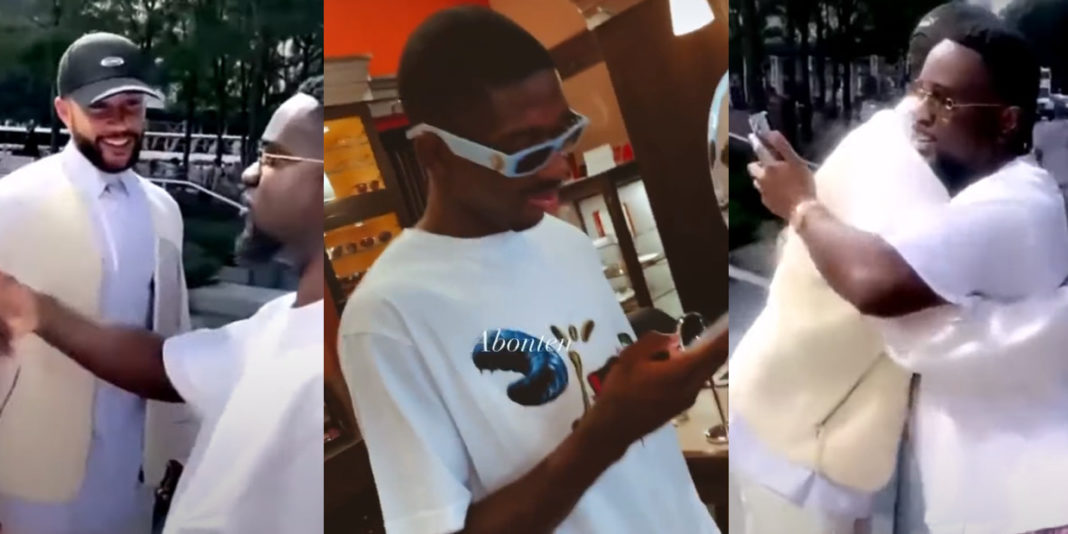 Sarkcess Music boss, Sarkodie has been spotted hanging out with popular football stars, Memphis Depay and Dembele who both play for Barcelona.

The videos were shared on Sarkodie‘s Instagram story after they met in the United States of America.

The multiple award-winning musician is currently in the States for his concert with R2bees while the two footballers are there as part of the pre-season tour of their team, Barcelona.

In the video, Sarkodie was seen shaking hands with these players and strolling the streets of the States with the players before they finally decided to sit down at a jewel shop and have some fun.

Check out a video of the moment below…

READ ALSO: “Who Has The Final Say?” – Celestine Donkor Queries As She Recalls What Someone Said To Her That She Can’t Go Far If Her Husband Manages Her Music

In other news, it will be recalled that Sarkodie and R2Bees recently announced that they had teamed up to organize a concert dubbed ‘It’s About Time’.

They made the announcement to the world with a little thriller which detailed how the whole concert idea was conceived and how they were going to execute the plan to give music lovers a night they will cherish forever.

Sarkodie and the music duo R2Bees revealed in that special announcement that the ‘It’s About Time’ concert was going to happen in New York and will take place on 30th July 2022 at the Palladium-Times Square.

What they failed to reveal however was the ticket prices and how patrons were going to get them.

Well, that is finally here. In some tweets shared on the timelines of Sarkodie and R2bees, they shared a link to enable people to get a ticket ahead of the big day.

Sarkodie And Wife Finally Arrive In Ghana But With A New...