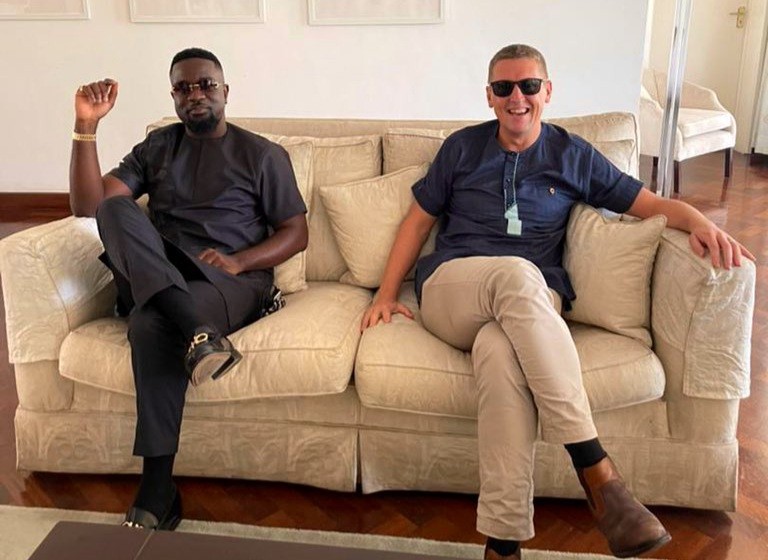 Ghanaian rapper Michael Owusu Addo popularly known as Sarkodie has met with the British High Commissioner, Ian Walker ahead of his departure from the shores of Ghana.

The commissioner has been bidding farewell to officials and stakeholders in various industries as his tenure as the British High Commissioner to Ghana comes to an end.

Sarkodie posted a video summary of the meeting between himself and Ian Walker who welcomed him at the British Embassy in Accra.

In a tweet, Ian Walker said he wanted to collaborate with the rapper on his upcoming album but this didn’t happen.

“I fell short on my ambition to collaborate on @sarkodie’s next album. The 🇬🇧 music industry is a big part of our creative economy supporting many jobs. With such great 🇬🇭 artists (loved in 🇬🇧), we want to forge more partnerships to create opportunities here,” I an Walker tweeted.