Screen goddess Nana Ama Mcbrown and husband, Maxwell Mensah were on one of the few couples who attended the naming ceremony of Vivian Jill Lawrence son’s.

‘Chop chop’ of Jill’s second son’s christening happened on Saturday, June 17 at Miklin Hotel in Kumasi. Before the Miklin hotel reception, few invited guests had met at the actress’ home for the naming ceremony in the morning.

Vivian Jil Lawrence gave birth to her second son on February 23 in United States of America.

See Mcbrown and husband, Maxwell at the event below: 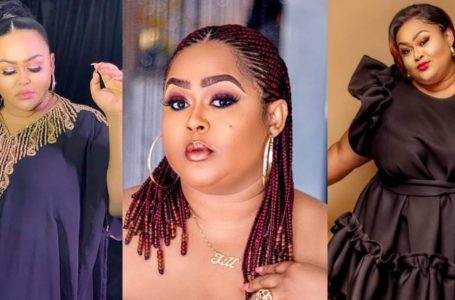