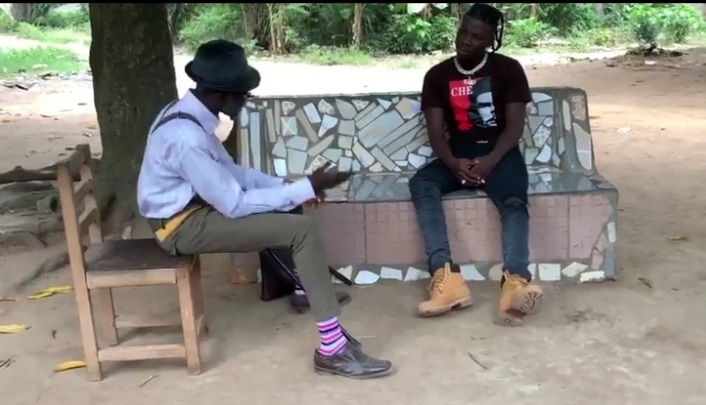 Popular Ghanaian musician, Livingstone Etse Satekla, known in the music scene as Stonebwoy, has landed his first role as an actor.

In a video available to Zionfelix.net from the set, Stonebwoy played a role as the son of Lilwin.

READ ALSO: I Have Stopped Spending Unnecessarily, I’ve Not Bought A GHS 3,000 Wig In A Long Time And I’m Not Dead – Shatta Michy

He told his father (Lilwin) how people have been welcoming him after he went back to their hometown.

Stonebwoy narrated how a lady hugged him and introduced him to her mother as Stonebwoy, the popular musician.

He indicated that he was in the company of the Assembly Man of the area.

Lilwin wanted to know if something was bothering him or people were gossiping about him.

Watch the short video below.

Bring Back The Love Of Ghana 🇬🇭 Movie #Cocoa_Season