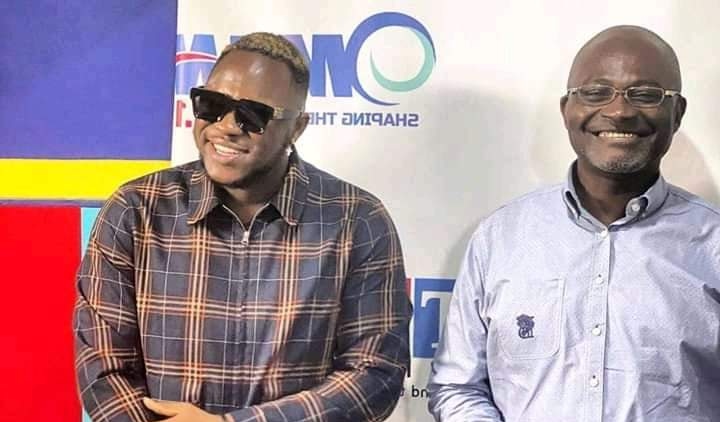 Ghanaian rapper, Medikal has featured Hon. Kennedy Agyapong on a new song. The song titled ‘No Cap’ comes off Medikal’s ‘Island’ EP. READ ALSO: Zionfelix Smiles At The Future As He Turns A Year Older; Drops Dapper Birthday Photos (SEE) ‘No Cap’ which is about money and the financial muscle of the rapper and his […]Read More

Ghanaian actor, Ken Fiati has expressed his displeasure in Hon. Kennedy Agyapong’s quest to expose some pastors in the country. The actor, who was ordained as a pastor about four years ago, told Zion Felix in an interview on the ‘Uncut’ show that though the Assin Central MP knows what he is doing, no human […]Read More

The daughter of Ghanaian politician, Kennedy Agyapong who dropped out of school and did all sort of things has apologized to him. In a post sighted by Zionfelix.net, Anell Agyapong wrote a heartfelt message to her father on father’s day. READ ALSO: Selly Galley Turns Barber; ‘Murders’ The Hair Of Legendary Actor Fred Amugi – […]Read More

Blogger Nana Regan Apologizes To Tracy Boakye After She Threatened

The boss of Shakira Movie Productions, Tracey Boakye earlier this evening threatened to take legal action against Ghanaian blogger and radio presenter, Nana Reagan. Her threat was a reaction to Nana Reagan’s claims on Sammy Flex’s show that she (Tracey) sent some top political personalities to beg Hon. Kennedy Agyapong not to mention her name […]Read More

Just In: Tracey Boakye Takes Legal Action Against Blogger Over

Earlier this morning, actress/entrepreneur Tracey Boakye angrily reacted to allegations that she sent some NDC bigwigs to beg Hon. Kennedy Agyapong not to mention her name on ‘The Seat’ show as part of the list of top female celebs Prophet Nigel Gaisie has allegedly ‘chopped’. In the video which went viral earlier this morning, Tracey […]Read More

Musician and entrepreneur Belinda Nana Akua Amoah aka Mzbel has for some time now been bashing Prophet Nigel Gaisie, who happens to be the general oversee of Prophetic Hill Chapel. In the various attacks, she has launched on the self-acclaimed man of God, Mzbel claims that he is a fake preacher who should not be […]Read More

My Daughter Is Begging For Money On Social Media To

Maverick Ghanaian politician, Kennedy Agyapong has jubilated over the difficulties one of her children is going through. Hon. Kennedy Agyapong revealed on Oman FM, a discussion which was monitored by Zionfelix.net that one of her children is suffering after she didn’t listen to his advice. The Assin Central MP stated that he is someone who […]Read More

Hon. Kennedy Agyapong is tagged as controversial and loud but the one thing that cannot be taken away from him is his great business acumen. After meeting Medikal for the first time on Oman 107.1 FM yesterday, Hon. Kennedy Agyapong offered the award-winning rapper a piece of advice.Read More

After talking about how he admires and respects him over and over again. AMG Business rapper Medikal finally got the opportunity of meeting his publicly declared mentor, Hon. Kennedy Ohene Agyapong today. This meeting happened today when the award-winning rapper made an appearance at Oman Fm, a subsidiary of Kencity Media, one of the companies belonging […]Read More

Prophet Kumchacha has sung the praises of Ghanaian politician, Kennedy Agyapong. In a video available to Zionfelix.net, the founder and leader of Heaven’s Gate Ministry expressed his happiness about the yeoman’s job that Hon. Kennedy Agyapong is doing. READ ALSO: Rapists Should Be Castrated – Says Efya He called for God’s blessing upon the life […]Read More