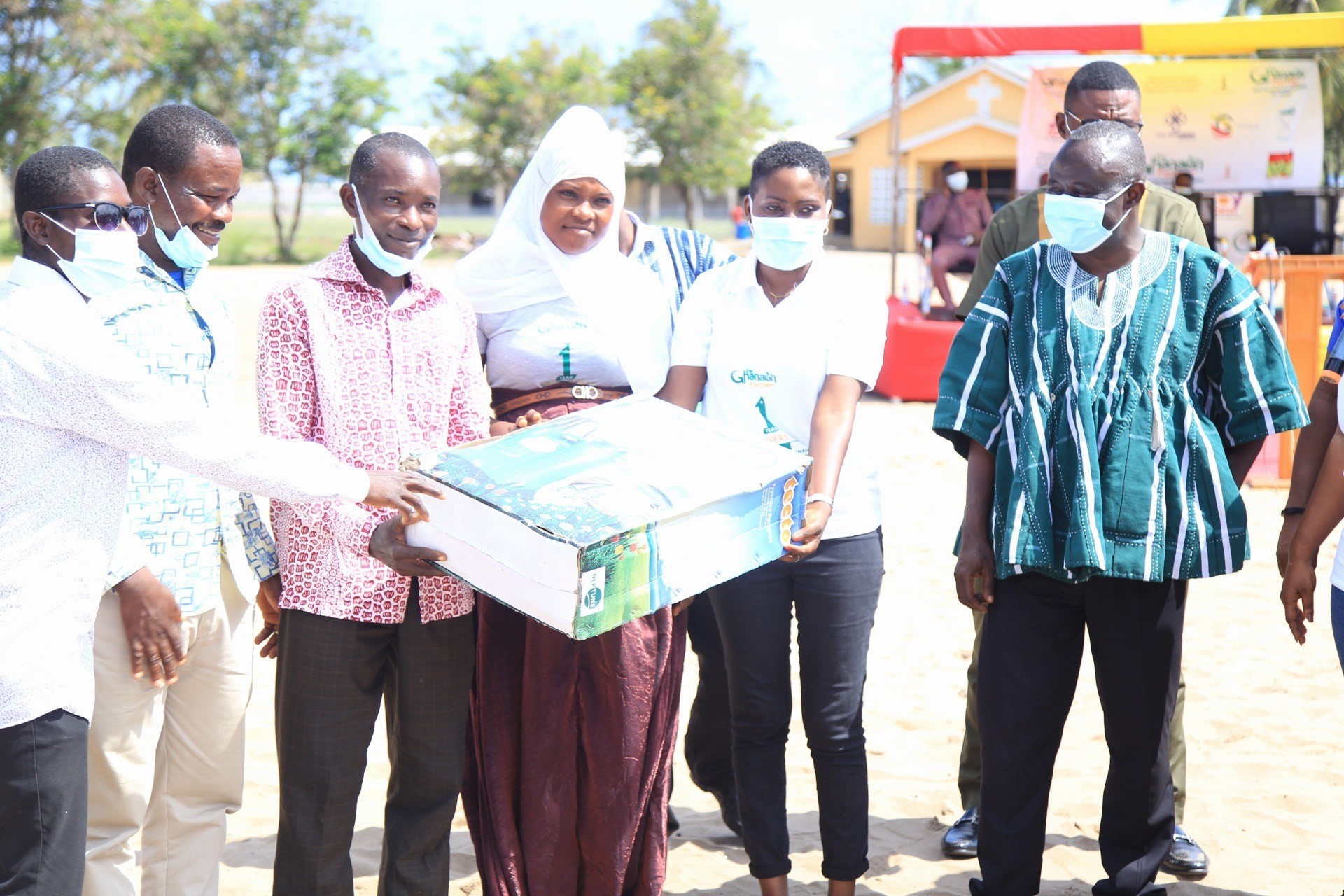 The Ghanaian Farmer TV show hosted by Enyonam Manye on Joy Prime TV, has celebrated its 1 year anniversary of projecting and bringing to fore the success stories of Ghanaian farmers as well as highlighting their challenges to the public.

And as part of the many activities undertaken to commemorate the 1 year anniversary, a health screening exercise was conducted for the people of Anyakpor community in the Ada East District.

The occasion saw farmers in the Anyakpor community exhibiting their farm produce and crops to the dignitaries who graced the anniversary.

Present at the anniversary was the DCE for Ada East, Hon Sarah Pobee and the Dep. Minister for Food and Agriculture, Hon. Yaw Frimpong Addo who happened to be the main guest of honour.

Delivering her speech during the occasion, Founder and host of the Ghanaian Farmer TV show, Enyonam Manye stated that the purpose of the show was to draw the attention of various stakeholders to help solve the many problems faced by the hardworking Ghanaian farmers and also help in finding ways to bridge the economic gap and the sustainable livelihoods means of the farmer.

She however recommended the government for the many agricultural interventions made so far in the sector such as the planting for food and job, which has immensely benefited farmers.

The host of the Ghanaian Farmer show called on international organisations, corporate institutions, NGO’s and many others to support the show to enable them to extend support to farmers in farming communities in the country.

But as fortunate as they were, the people of the Anyakpor community which happened to be the venue for the 1 year anniversary, had some farmers received various farming tools and equipment such as water pumps, cutlasses, sprayers, chest freezers and many others through the initiative of “Support the Farmer” organisation.

Share
Facebook
Twitter
Pinterest
WhatsApp
Previous articleLatest Photo Of Moesha Boduong Pops Up After Weeks Of Challenges
Next articleMy First Album Never Came Out; I Was Broken-Hearted During The Project – Sarkodie Opens Up
- Advertisement -