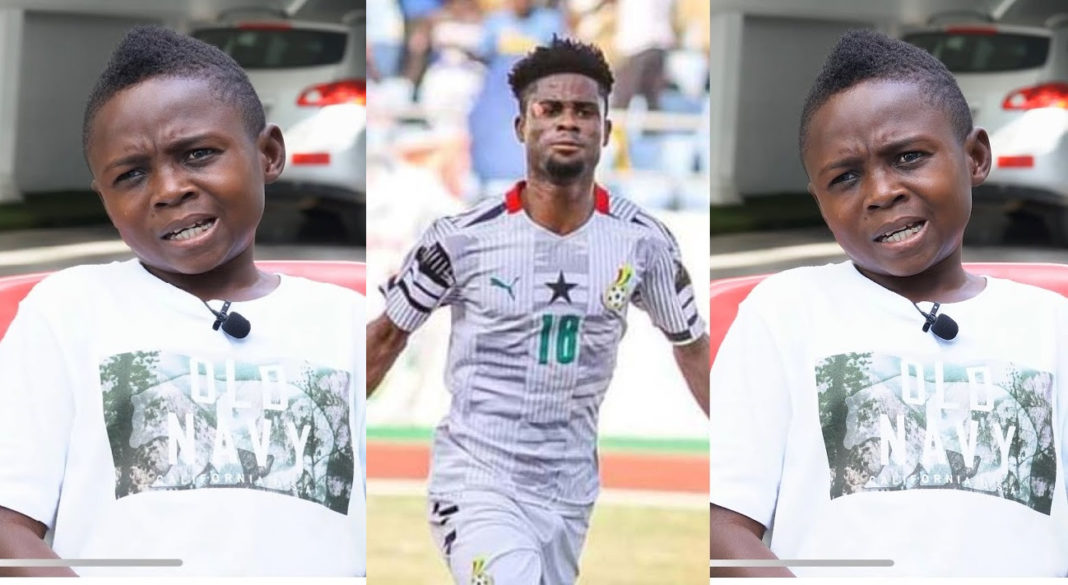 The call of Hearts of Oaks’ striker, Afriyie Barnieh, to the Black Stars of Ghana is one that has received a lot of reactions and applause on social media.

Many people have indicated that she really deserved the callup because has not proven times without numbers that he is a great player.

READ ALSO: Who Doesn’t Like Good Things? – Wendy Shay Questions As She Reveals Those Who Gave Her The Queen Of Ghana Music Title

In the wake of the various reactions about the great potential of Afriyie Barnieh, his manager who is also a popular Ghanaian actor, Yaw Dabo, has come out to show his gratitude to the media fraternity.

In an interview with Zionfelix on the ‘Uncut Show’, the diminutive actor indicated that the performance of the player was a key reason why he was possibly called into the senior national football team, one the thing which cannot be overlooked is the manner the media men helped champion the course.

READ ALSO: VIDEO: ‘Do Not Divorce Your Husband When He Cheats On You’ – Popular Actor Advises Women

The CEO of Dabo Soccer Academy said that most of the media men in Kumasi went all out for the player and justify why the player needed a shot at the 2022 FIFA World Cup in Qatar.

He went further to thank all of the media men and some radio stations for the gesture.

Share
Facebook
Twitter
Pinterest
WhatsApp
Previous article
VIDEO: ‘Do Not Divorce Your Husband When He Cheats On You’ – Popular Actor Advises Women
Next article
Don’t Allow Anyone To Pressure You To Marry – Oteele To Men
- Advertisement -

Yaw Dabo Lists How Much He Charges For Movies – Watch...