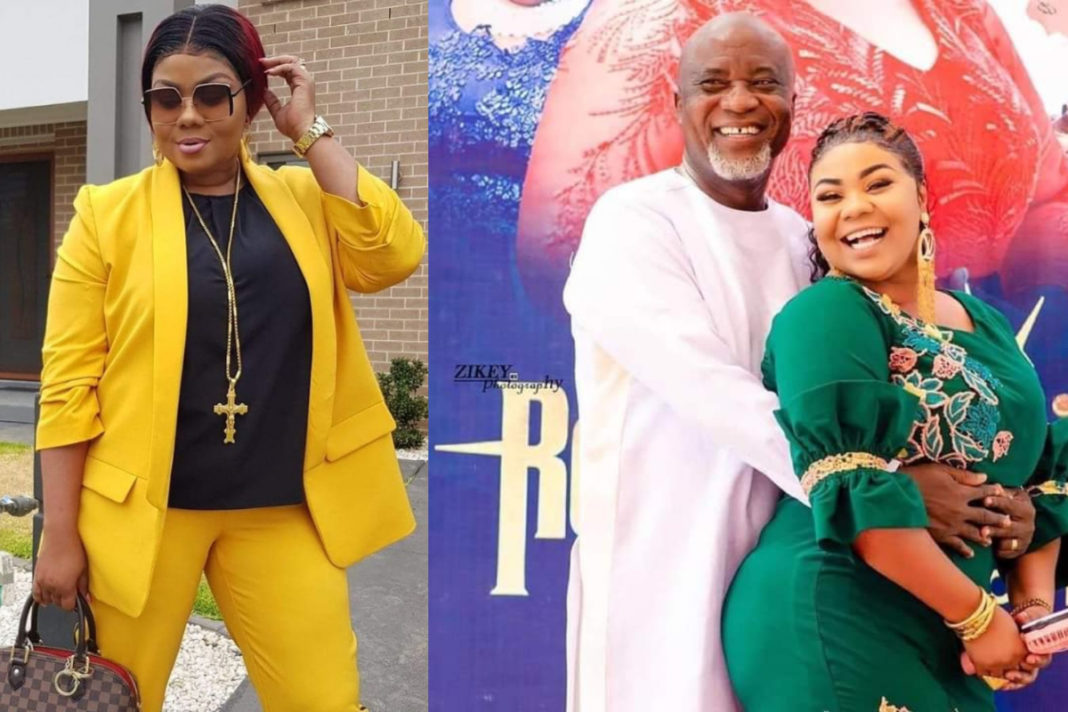 Hopeson Adorye has reacted to how his wife, Empress Gifty, is being criticized heavily.

The NPP bigwig has stated in an interview that those who are criticizing his wife wish they had her in their lives.

He does not see the reason why people will continue to talk about someone they do not like.

READ ALSO: “What Are You Teaching Your Followers?” – Blakk Rasta Chides Shatta Wale Over His Lifestyle

“When someone is doing her thing and people sitting behind will be saying what they want. Those criticizing her want her,” he said on Okay FM.

Mr Adorye added: “We are moving forward. A mother of mine told me that if you don’t want someone to be popular, don’t talk ill about the person. When you say good things about people, they don’t hear it but immediately something negative is said about someone it flies easily.”

The Gospel musician has been chastised over her dressing for Stonebwoy’s Ashaiman To The World Concert.

Share
Facebook
Twitter
Pinterest
WhatsApp
Previous article“What Are You Teaching Your Followers?” – Blakk Rasta Chides Shatta Wale Over His Lifestyle
Next articleI Am Alive – John Dumelo Denies A False Report That He Has Died
- Advertisement -